"The Aygo is adequately nimble around town, although occasionally the noise of the three-cylinder engine intrudes at higher revs." 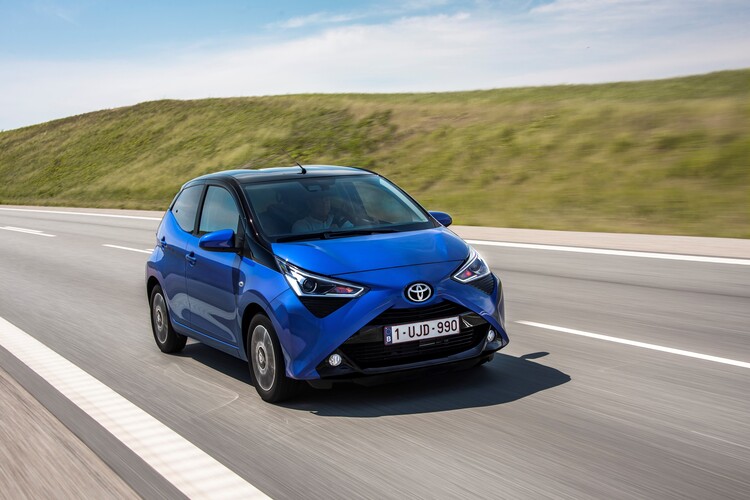 The city car sector in the UK easily splits into two camps, with a choice between plain-looking workhorses that maximise interior space and stylish runabouts.

The Vauxhall Viva, Hyundai i10 and Fiat Panda would fall into the former category, while the Vauxhall Adam, Fiat 500 and Kia Picanto are in the latter.

The Toyota Aygo is one of the latter, too. It is produced as part of a joint project with PSA at a Toyota plant in the Czech Republic. Now in its second-generation, it’s the first of the trio that includes the Peugeot 108 and Citroën C1 to undergo a mid-life facelift and is available to order now.

Unlike its sister vehicles, the Aygo has only been available with Toyota’s own three-cylinder 1.0-litre engine (perhaps because Toyota offers a five-year warranty and Peugeot and Citroën only offer three years’ cover), while the 108 and C1 offer an 82PS 1.2-litre in addition, but that doesn’t seem to have hampered the Aygo’s appeal, particularly in the UK.

The Aygo finished 2017 as third best seller in its sector, and for the year-to-date, it is number one.

On the updated model, the engine has been upgraded, and now produces 71PS instead of the 69PS previously, and 94Nm of torque.

Whereas the ‘X’ motif at the front was previously in a contrasting colour, it is now in the body colour but stands out by being made more three-dimensional.

The headlights have a different shaped unit and new LED daytime running light signature, while the rear lamp clusters are also revamped.

The range has been restructured with new equipment grades and extra kit. The entry-level model remains the X, but it has historically only taken 2% of UK sales.

Next up is the X-Play, which includes air-conditioning, steering wheel-mounted audio switches, a height-adjustable driver’s seat, an adjustable speed limiter, LED rear lights and the x-touch multimedia system with digital radio and Bluetooth. Options include sat-nav and Toyota Safety Sense (autonomous emergency braking and lane departure warning system). It will account for 25%of sales.

The X-Cite stands out with Magenta Fizz bi-tone paint finish, coordinated interior stitching and trim, and piano black instrument panel and gear lever surround. Both of these variants are available with Toyota Safety Sense.

The range-topping model is the X-Clusiv and comes with a contrasting roof colour, part-leather seats, Toyota Safety Sense and X-Touch multimedia system.

The Aygo is adequately nimble around town, although occasionally the noise of the three-cylinder engine intrudes at higher revs. Four adults can be accommodated without complaint, although, as with many cars this size, boot space is limited.

The Aygo has sharpened up its act to remain one of the most desirable city cars on the market, with a great balance of kerbside appeal and low running costs.