"Overall the Arteon is fantastic to look at, offers great practicality and is well made." 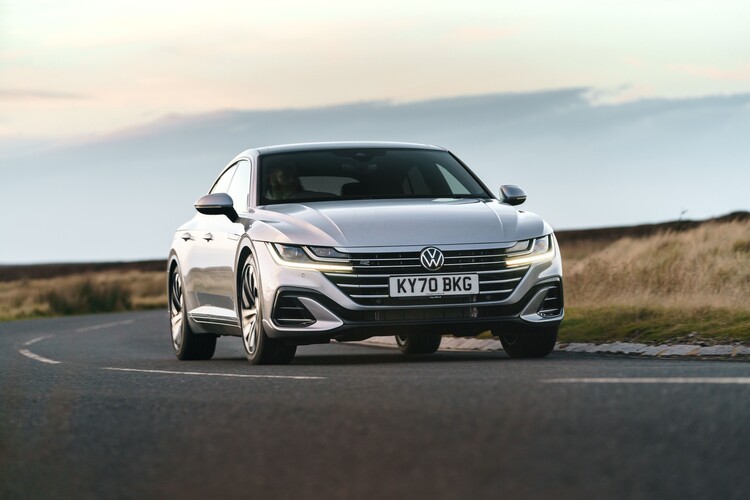 The first is a ‘Shooting Brake’ estate version, which provides more headroom for rear-seat passengers and gives the car enhanced carrying abilities with up to 75 litres of extra load space.

Second, and it’s a big one for fleets, is the eHybrid powertrain, which brings plug-in hybrid technology from the Golf and Passat GTE to the Arteon for the first time.

The new engine, which is available in both body styles, has CO2 emissions from 26-32g/km, can travel up to 39 miles with zero emissions on a charge, and serves up 218PS.

We’ll be reviewing the new eHybrid as soon as it arrives in the UK, but for now we will concentrate on the facelifted car’s key attributes. 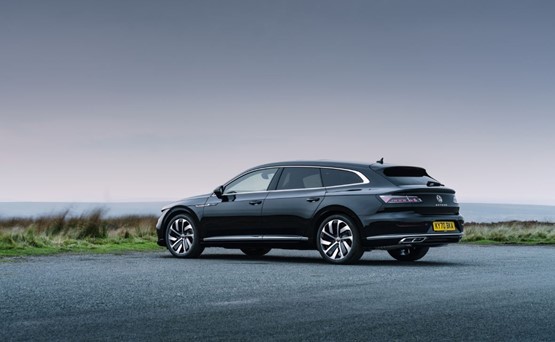 The car was origally designed to replace the CC, which was, essentially, a Passat with a pretty body. Volkswagen’s strategy has been to separate the car from the Passat and allow the Arteon to hold its own spot in the market. Unlike the CC, the Arteon is a hatchback. So it is now a closer relation to the Skoda Superb in the Volkswagen Group stable.

Externally, the Arteon retains its oil-painting good looks, with only minor changes to the bumpers and rear lights. The shooting brake is 20mm taller and equally beautiful with its sculpted rear haunches.

On the inside, VW has introduced touch-panel controls similar to those in the new Golf and ID range, meaning there are fewer buttons.

Minimal change have been made to the way the Arteon drives. It remains comfort focused, with light controls and a relaxing, refined ride. It’s hard to fault but equally hard to praise. The handling is decent, but not class-leading.

Dynamic Chassis Control allows for additonal customisation of the driving dynamics with adaptive dampers. A worthwhile, if slightly costly, option at £910. 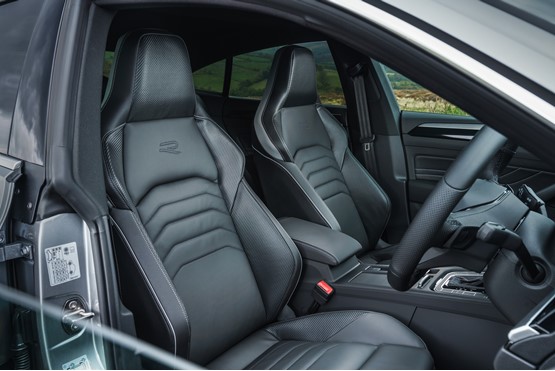 The R Line features sportier styling on the outside and sports seats inside. It's also fitted with a panoramic sunroof as standard.

Interior space is particularly generous. At the rear there is substantial legroom and a large boot. The rear seats also fold for extra convenience.

Overall the Arteon is fantastic to look at, offers great practicality and is well made.

The interior is spacious and well laid out, although the technology feels a bit dated in comparison with the BMW 3 Series.