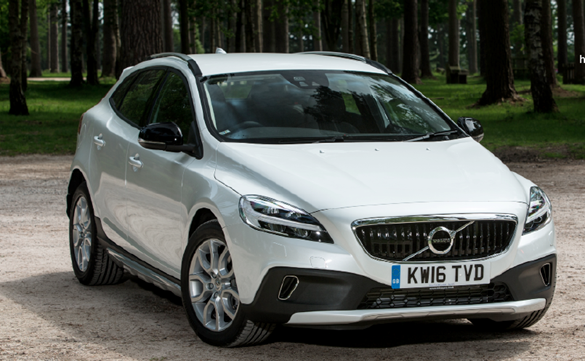 Volvo is a brand on the up. Last year it sold 43,432 cars in the UK – its highest total for 21 years –with 28,556 of these going into the fleet sector. At the head of its renaissance has been the well-received XC90 which, among many honours, was named best large SUV in the 2016 Fleet News Awards.

Unsurprisingly, aspects of the seven-seater are now filtering into its other models. This has seen several styling features – including the ‘Thor’s Hammer’ LED headlights and new grilles – making their way on to the revised V40.

The hatchback range’s trim levels also now reflect those available on the XC90, with Volvo saying this simplifies its line-up. The ES trim is now removed, while SE and SE Lux have been replaced with Momentum and Inscription. R-Design, R-Design Pro, Cross Country and Cross Country Pro have been retained.

Momentum, R-Design and Cross Country are available with ‘Nav Plus’: costing a further £850, it is aimed mainly at business users and features sat-nav, cruise control and rear park assist. It also adds Sensus Connect, which includes voice control, a seven-inch screen (non-Nav Plus models have a five-inch screen), connected apps and internet browser.

Further revisions to the range have seen CO2 emissions from the 2.0 D2 120 manual powertrain fall from 94g/km to 89g/km, putting it into the 18% benefit-in-kind tax bracket. It offers an official combined fuel economy of 83.1mpg.

First launched in 2012, the V40’s exterior has been freshened up by the revisions, with the LED lights particularly striking. But the interior is starting to show its age. The quality and mix of materials, together with classy metal trim, create a premium feel, but the centre console is packed with buttons, often making it awkward to operate.

Other than this, front seat passengers are well catered for: the seats are extremely comfortable and supportive.

Rear seat passengers have less to cheer about. The seats, again, are excellent, but headroom and legroom are more restricted than in its rivals, and the boot also suffers in comparison. The D2 offers 335 litres with the rear seats in place, compared to the Volkswagen Golf’s 380 litres, while the boot opening is relatively narrow and high.

But on the road, the V40's 120hp engine delivers its power smoothly, while its ride quality also impresses. Combine this with competitive running costs and, despite its restricted practicality, it provides a classy option to mainstream rivals.