""The Crossland X is derived from PSA’s small car platform and has much in common with the Peugeot 2008 and forthcoming Citroën C3 Aircross, including engines and transmissions.."" 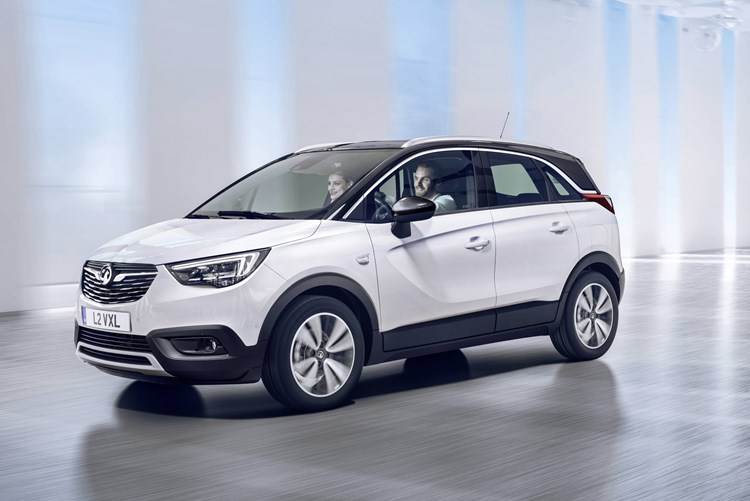 The Crossland is a compact newcomer that will broaden Vauxhall’s appeal in the crossover market.

Long before the announcement that Peugeot and Citroën parent company PSA would be buying Opel and Vauxhall from General Motors, two joint projects had already been agreed between the organisations.

One, the Grandland X, will appear later this year, but the compact Crossland X is arriving in UK showrooms now.

Opel/Vauxhall understood it was lacking depth in its crossover range at a time it could ill-afford. The SUV sector continues to grow across Europe, and the Mokka X, which underwent a nip and tuck to keep it fresh last autumn, is very popular.

Vauxhall’s other crossover to date, the Antara, has underperformed compared with the likes of the Ford Kuga and Nissan Qashqai. It’ll be the job of the Grandland X to invigorate the appeal of Vauxhall’s medium crossover, while the Crossland X sits just below the Mokka X in the line-up.

The Crossland X is derived from PSA’s small car platform and has much in common with the Peugeot 2008 and forthcoming Citroën C3 Aircross, including engines and transmissions.

It has more of a Vauxhall look and feel, of course, with a conventional round steering wheel instead of Peugeot’s lowered elliptical one, and familiar-looking instruments.

Vauxhall is planning to cut back on its volume in daily rental and Motability in 2017, and the Crossland X will be key in ensuring there is strong appeal for retail customers and user-choosers.

Vauxhall expects almost two-thirds of Crossland X sales to be retail, although there is some fleet appeal in the 99PS diesel which has CO2 emissions of 93g/km.

It comes with a five-speed manual transmission (from PSA with a rather lumbering shift), and performs pretty decently for the entry-level diesel. There is also a 120PS version of the engine with 105g/km, and a much slicker six-speed gearbox. Petrol engine options are 1.2-litre three-cylinder motors in various states of tune, with a normally aspirated 81PS version, and turbocharged 110PS and 130PS options.

With a two-wheel drive-only range – and without the Grip Control enhanced technology that Peugeot offers on the 2008 – the Crossland X has off-road limitations.

But Vauxhall still offers the Mokka X with a four-wheel drive option and the Crossland X has a similar maximum towing capacity. It’s mostly a case of whether customers prefer the more rugged looks of the Mokka X to the slightly softer Crossland X.

Verdict: Being a compact car, the Crossland X is nimble and agile around town, but is refined on the motorway, fitting the bill of an all-round small car with extra practicality and style.