"The new Tucson is more efficient, safer and better to drive" 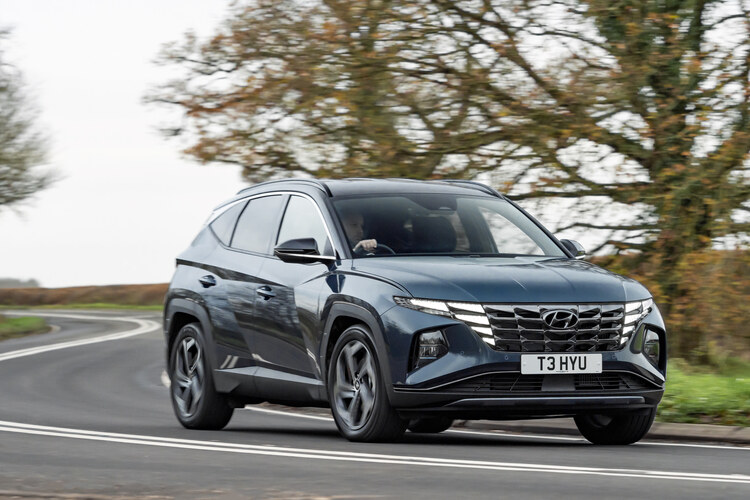 It’s not often a new car takes such a monumental leap over its predecessor, but to say the Hyundai Tucson has upped its game would be an understatement.

The previous generation car had not-very-fleet-friendly powertrains and total lack of desirability. But, as a practical family car, it ticked all the boxes.

The new version has wiped the slate clean and now targets not only the traditional Tucson customer but also looks to steal sales from premium-badged models. 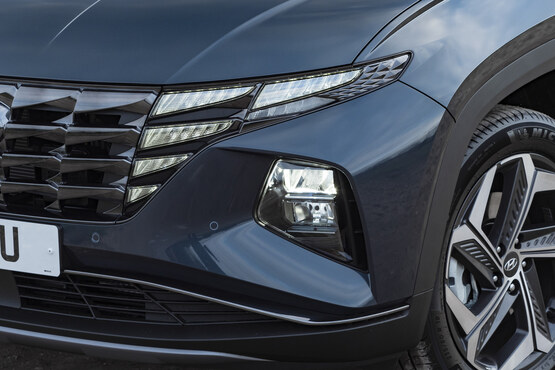 The Tucson’s futuristic styling helps to set it apart from rivals. Its unique grille and multiple LED light arrangement at the front helps it turn heads while the rear-end benefits from a similarly distinctive one-piece wraparound taillight that gives the Tucson real road presence.

Inside, the modern and upmarket design continues with improved material quality and healthy array of gadgets. The steering wheel and gear selector switches are particularly high-end in both feel and design.

The instruments are fully digital and use the same type of high-resolution display as the central touchscreen. All the buttons on the dash are touch-sensitive, but Hyundai has included controls for key functions so drivers won’t have to hunt around in the infotainment system when they want to turn up the heating. 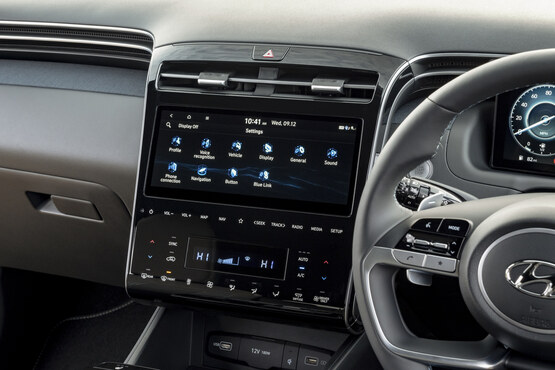 None of the outgoing model’s practicality is lost in the redesign, either. The new Tucson is longer, wider and taller, with added passenger space and a boot volume of up to 620 litres dependent on powertrain.

Of course, these upgrades come at a price and the new model is considerably more expensive, starting at £27,900 – an increase of £4,175.

The 230PS hybrid model we tested, which emits 130g/km of CO2, can be had for £34,235 in mid-range Premium Trim. That’s a grand more than the previously most expensive Tucson, but surprisingly still good value when compared with a similar spec VW Tiguan.

All Tucsons use a 1.6-litre turbocharged petrol engine. Entry-level versions have 150PS and CO2 emissions of 151-155g/km. There’s also a 48v mild hybrid version with the same power output, but it reduces emissions by up to 7g/km.

The hybrid is the most efficient and powerful choice for now and we were impressed by the model’s ability to return close to 50mpg. The plug-in hybrid version will arrive in a few months with 265PS and an estimated 31-mile EV range.

While handling is not class-leading, the Tucson deserves another gold star for driveability. It delivers smooth riding on all but the worst road surfaces and in most driving conditions the powertrain is seamless. The car makes light work of long journeys and delivers much the same levels of refinement you’d expect from a premium SUV.

The new Tucson is more efficient, safer and better to drive. Prices will push the new model into different choice list grades, but even those looking at premium models should not be disappointed.

The Tucson Plug-In Hybrid sits between mainstream and premium brand SUVs, with competitive running costs in both segments.