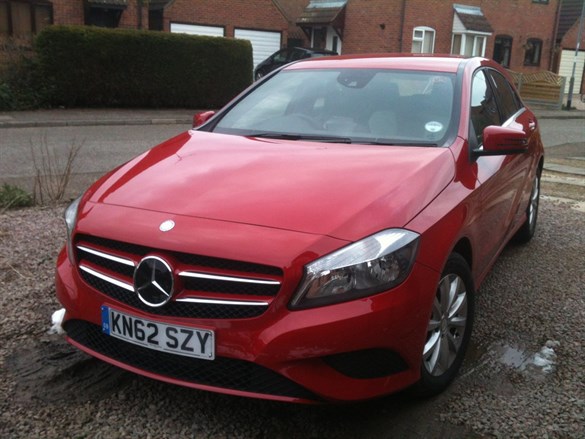 While Fleet News has been running an A180 CDI Sport model, its sister magazine AM has been using the diesel flagship in the range, the A220 CDI AMG Sport.

The A180 CDI is the more sensible, understated and frugal one, while the A220 CDI AMG Sport is the slightly flash, arguably better looking, binge drinking other. Each have their good and bad points.

I found the A180 CDI slightly boring after the A220 CDI's sportier AMG styling, paddle shift auto transmission and heaps of equipment.

Except for its badge, I wonder why it would get chosen over a Volkswagen Golf. However others in the team actually preferred its understated presence.

Without question it is far more efficient on both fuel economy and tax: it is averaging 64.2mpg compared to the larger-engined A220CDI’s 51mpg and its 17g/km lower CO2 emissions give it a BIK rate four percentage points lower on a P11D value that is £6,190 lower.

It also has a much more forgiving ride than the AMG Sport's standard lowered sports suspension.

Nevertheless, the A220CDI AMG Sport feels more special both to drive and to be in, plus it attracts more admiring glances from my neighbours in the suburbs. Isn’t that a key reason for choosing a premium brand car?