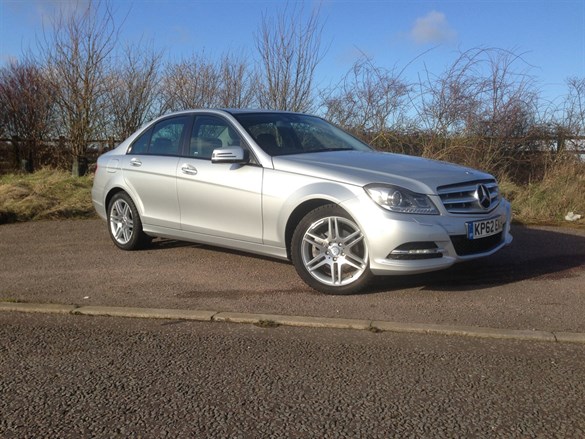 In the short time that the C-Class has been on our fleet I’ve been won over by its looks.

It has a younger, sportier image than its predecessor thanks largely to Mercedes-Benz’s decision to make the grille from its Sport models standard on the Executive SE.

Drivers can still opt for the traditional bonnet-mounted three-pointed star if they wish but it’s now part of a £2,000 luxury pack.

The C-Class’s interior also impresses, particularly the artico upholstery, which could be mistaken for soft leather and should result in an uplift in resale values at defleet time.

Although the C-Class’s looks and technology have impressed, there have been a few niggles on the driving front.

We’ve opted for the manual which has CO2 emissions of 109g/km (on a par with key rival the BMW 3 Series) but changing gears can be awkward.

Given the choice again I would be tempted to go for the automatic especially as it now has revised emissions of 114g/km (just one tax band above the manual).

I’m also not a fan of the parking brake, which seems antiquated in comparison to the rest of the C-Class’s image.

Fortunately the adaptive braking system’s hold function means that use of the parking brake can be kept to a minimum.