"Refinement and comfort is of the highest order in the new GLC. There is little noise intrusion, especially from the diesel engine" 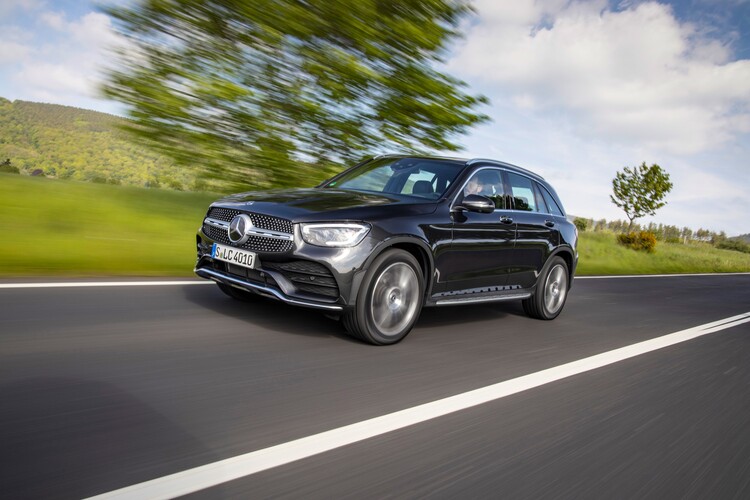 Mercedes-Benz has focused on improving the GLC in three key areas with its latest facelift: ride comfort, technology and efficiency.

As the brand’s best-selling SUV, you can’t blame the designers for leaving the styling largely untouched. The GLC is only four years old and still looks fresh, so some restyled bumpers and new standard-fit LED headlights are about the extent of the visual changes.

Inside, the car now features the MBUX entertainment system that debuted in the A-Class last year. It can be controlled via the 10.25-inch touchscreen, a 90s-laptop-inpsired touchpad in the centre console or by simply saying “Hey Mercedes” and telling it what you want to do.

The system is intuitive, slick and has excellent graphics. Higher-spec versions also get the augmented reality satnav, which uses a real-time feed from the car’s built in camera overlaid with digital driving instructions. 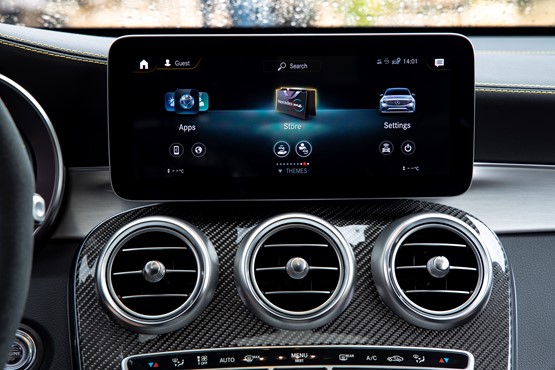 A new digital instrument cluster – fitted to ‘premium’ models and above - completes the interior makeover. It’s the same one that is used in the facelifted C-Class (where most of the interior is lifted) and has customisable displays.

Around 30% of GLCs go to fleet customers, therefore efficiency is key. The new model will initially be offered with a choice of two powertrains, the 220 d and the 300 d.

With no diesel surcharge to pay, the GLC has an advantage when it comes to company car tax. The cheapest model will cost just over £200 per month (20% taxpayer).

Later in the year a petrol GLC 300 will join the line-up with an EQ Boost mild-hybrid system. There is also likely to be a plug-in hybrid version at a later date.

At the launch event Mercedes demonstrated a fully-functioning hydrogen fuel cell version, the F-Cell, although it is not yet confirmed for the UK.

The GLC remains available in SUV and five-door Coupe bodystyles. All models have 4Matic all-wheel-drive.

Refinement and comfort is of the highest order in the new GLC. There is little noise intrusion, especially from the diesel engine, and with standard-fit adaptive dampers the ride remains well composed and comfortable.

The infotainment updates bring the car right up to date with rivals such as the BMW X3 and Audi Q5, while the GLCs impressive off-road capability and practicality remain in-tact.

Where the old GLC suffered a steep tax penalty in the hands of WLTP, the new GLC is right on the money with its new engines. And at £39,420, is not only more efficient than its key rivals but also cheaper.