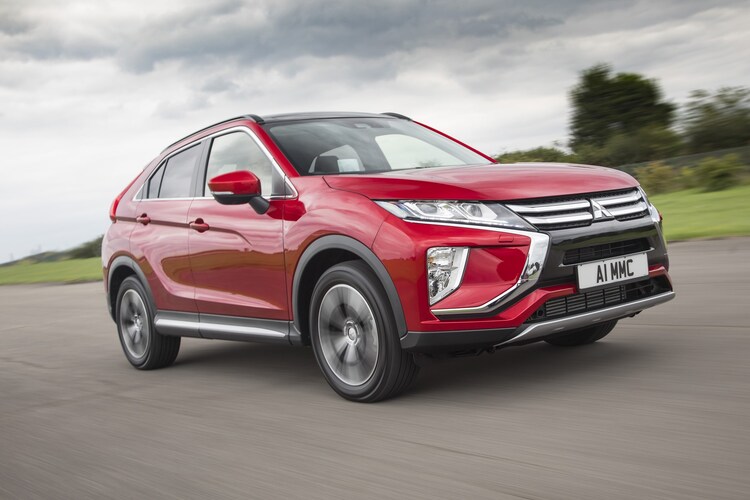 Slotting neatly between the ASX and Outlander, the new Mitsubishi Eclipse Cross is the brand’s first model in the all-important crossover segment.

Having joined the Renault-Nissan alliance last year, Mitsubishi is set to take on its adoptive siblings in the form of the Renault Kadjar and Nissan Qashqai.

It comes in three grades, which are all well-equipped, and with a single 1.5-litre turbocharged petrol engine.

Prices start at £21,275 for the Eclipse Cross ‘2’ with a six-speed manual gearbox and front-wheel drive.

It comes with autonomous emergency braking and lane departure warning as standard, alongside a rear-view camera, privacy glass and climate control.

All models have a seven-inch touchscreen infotainment system which features Apple CarPlay and Android Auto. There is no navigation system available from the factory so drivers will need to connect their smartphone in order to use their chosen sat-nav app.

CO2 emissions are less impressive at 151g/km for the most frugal model. It means the car can only promise a combined 42.8mpg – which for high mileage users will come at significant cost.

Mitsubishi says a plug-in hybrid version is expected to be introduced later in the model’s life and a 2.2-litre diesel version will make an appearance next year.

The company is hoping to sell around 6,500 this year with 35% of those to fleets.

With its low list price, the mid-spec ‘3’ will cost drivers £100 per month in benefit-in-kind tax. A similar Nissan Qashqai would cost the same.

However, its high emissions not only affect its chances of getting onto restricted choice lists but also mean it attracts the highest (£500) first year VED rate.

Over 80,000 miles the initial list price saving is wiped out when you compare wholelife costs against the Qashqai.

Still, the Eclipse Cross is a spacious and attractive SUV with great practicality and fine handling.

It offers unrivalled levels of equipment as standard and, unlike many crossovers, has a robust feel which provides confidence that it will work just as well if you venture off the beaten track.