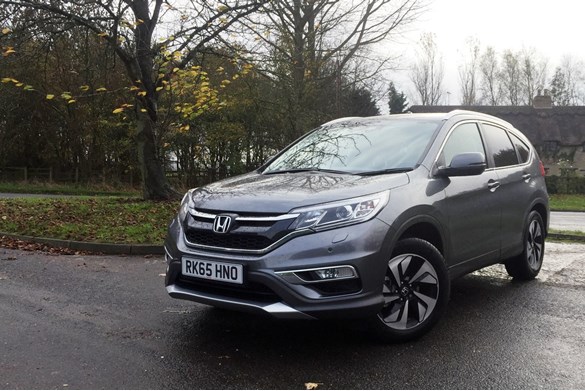 An email from a former colleague considering the Honda CR-V as his next company car was an opportune moment to take stock. It is entering its fifth month on our fleet and continues to deliver in terms of practicality and performance, so I was happy to help.

My former colleague, a videographer, was keen to know more and whether it would suit him just as much as it has served me, and it wasn’t difficult to recommend the popular compact SUV. It’s a step-up from the previous model both in looks and in the way it drives. There is plenty of room and the boot is cavernous, I enthused.

However, if you are considering a diesel, the 160hp 1.6-litre model – rather than the 120hp version – was perhaps the better choice. As previously highlighted within these pages, the 120hp version is just too sluggish for a car that size and you end up wringing the engine’s neck to try and get some torque, and burning fuel.

I’ve since heard back from my former colleague and, following a test drive, he has been swayed by the CR-V.