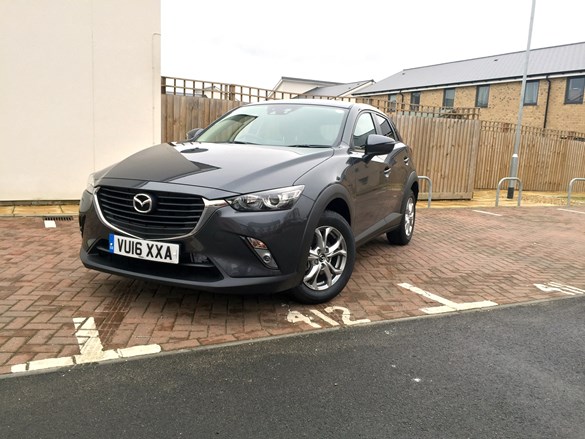 The CX-3 has ticked past the 12,000 mile mark and has had its first service completed (12,500 miles or 12 months). Booking the car in for the service at Donalds Mazda in Peterborough also revealed some necessary recall work to the fuel filter which was replaced.

My courtesy ride back to the office was in a Mazda 2 which I found surprisingly similar to the CX-3 in interior design, layout and space. So much so that I presumed I was riding in a Mazda 3 rather than the ‘smaller’ 2.

The car was delivered back to me washed and vacuumed and the windscreen washer bottle had also been topped up which was very pleasing.

The cost for the service was £216 and it’s worth noting that the next service is not due until 25,000 miles or 24 months, whichever is sooner.

Unfortunately, despite being Fleet News’s compact SUV of the year in 2016, the CX-3 still fails to grow on me. Along with niggles mentioned in previous reviews the infotainment system is less intuitive than others I have used and I find the rotary controller and volume knob between the seats a bit out of the way.

That said, the power and handling make for an enjoyable drive but overall the car is not particularly memorable.