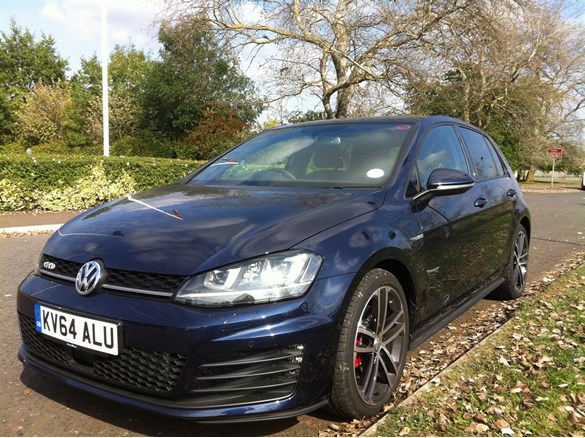 We’ve been testing the Golf GTD for nearly a year now and it continues to impress. During a recent trip, I gave our photographer Chris the chance to drive and he can now be added to the Golf GTD’s list of admirers.

“That takes me back to my youth,” he exclaimed when he spotted the golf ball-shaped gear stick and Jacara grey tartan seats. Just 10 minutes behind the wheel and he was sold – and that was without putting it into ‘sport’ mode.

Fuel economy, considering that the Golf GTD can reach 0-62mph in 7.5 seconds, is not bad.  The Golf GTD’s trip computer allows you to monitor the long-term average mpg, the average mpg since re-fuel and the journey average mpg. The official combined figure is 67.3mpg and we’ve been achieving a long-term average of 52mpg. On longer journeys, it can exceed 60mpg.

To aid fuel economy the Golf GTD has an ‘eco’ driving mode, stop-start and a gear shift indicator, recommending the optimum gear.