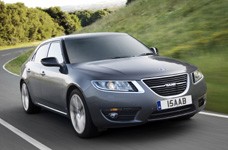 You have to hand it to Saab. Little more than a year after pulling off a dramatic escape from extinction, the Swedish brand has made a remarkable comeback.

But though the newly independent company is already fielding a range of cars with a broader base of appeal, it’s still hungry for more and is now aiming to be a greater force in business motoring.

Enter a higher-performance diesel version of the 9-5, the biggest model so far to come with a Saab badge. As a result, it moves up a gear to take centre stage in the company’s drive for higher market status and mounts a challenge in the premium sector.

With 160bhp under its bonnet, the standard 1.9-litre heavy-oil 9-5 is hardly lacking and Fleet News has already found the car to be a credible all-round performer. But the addition of twin-boost technology makes an extra 30bhp available to add weight to the born-again firm’s ambitions against German rivals.

Given that Saab’s heritage in turbo motoring reaches back more than four decades, it’s no surprise to discover that in TTiD trim, the Vector SE is a delight for the driving enthusiast.

With turbo units tuned to provide boost at both ends of the rev range, the car is smarter away from rest, reaches a high top speed and responds quicker to each dab of the accelerator pedal.

The higher efficiency of the engine represents a win-win for the go-faster fleet motorist because both emissions and operating economy have not been sacrificed in the quest for greater output.

Our Vector SE version has a good spread of equipment as standard, including an electronic handbrake with hill start assist, front and rear parking assistance, leather seats with heating for front occupants, a nin-speaker sound system and soft ambient lighting.

Initial economy is considerably down on the official figure, but with less than 1,000 miles on the clock when it arrived, our car’s engine has yet to loosen up.