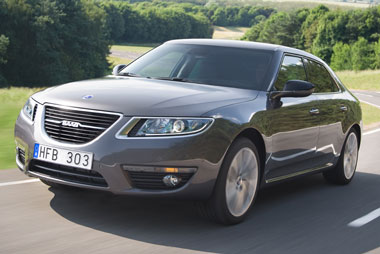 Over the past few months of running our Saab 9-5 long-termer, I have been discovering that it is more than a car, it’s a community.

The brand tends to bring a certain level of emotional attachment that is lacking in some other manufacturers – or so its fans say – and it is clear this is supported in the type of debate about Saab that can be seen on the web.

Articles and discussions tend to be less product focused and more brand-orientated with a view that Saab is favoured by the ‘liberal elite’, such as artists, teachers, writers and so on.

Esteemed titles such as the LA Times support this view, referring to the use of Saabs as shorthand for this ownership model in films such as ‘High Fidelity’, ‘As Good as It Gets’, ‘The Bourne Supremacy’ and the wine-quaffing epic ‘Sideways’.

In short, they suggest, you buy a Saab because of who you are, as much as for the car.

It is certainly true that our Saab Vector SE 2.0TiD will appeal to those looking for something refreshingly different and there is a strong emotional argument for owning one, including its distinctive looks and overall road presence.

But a desire for a car counts for nothing in fleet if it doesn’t stand out on the accountant’s spreadsheet.

On first review, it puts in a sterling performance. Its list price of just under £26,500 is very competitive, especially with the long-list of standard equipment we listed in the last test.

It has a strong combination of power and economy too, returning 47mpg (compared to an official combined figure of 53.2mpg) despite its 2.0-litre engine offering 160bhp at 4,000rpm and, more importantly, 350lb-ft of torque at 1,750rpm.

That flexibility provides great overtaking performance (the 9-5 surges from 30-70mph in third gear with ease) combined with a tall sixth gear that has the engine ticking along at about 1,800rpm at 70mph.

It also contributes to a healthy CO2 figure of 139g/km and a 19% BIK bill for drivers.

Therefore, the BMW’s pence per mile figures are much closer to the Saab’s, at 42.82ppm and 38.33ppm respectively.

Considering the upheaval experienced by Saab this is a very good performance that shows confidence among buyers and it is part of the reason why Saab’s total sales were up 220% in November, although the community spirit still remains, as it equates to just under 600 units.