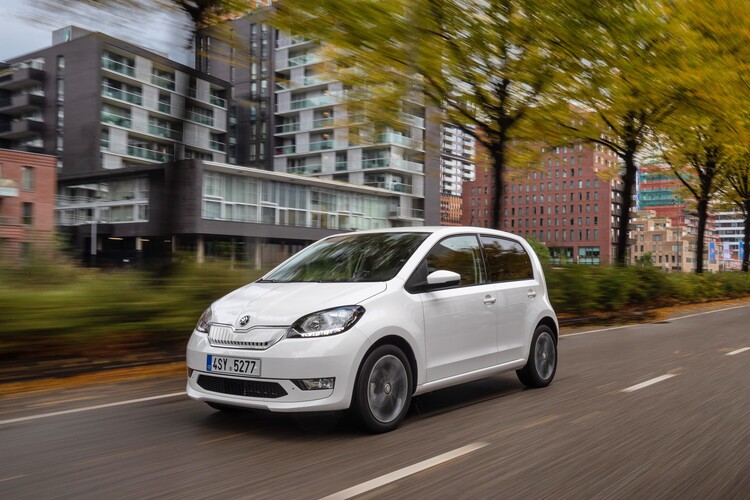 Spearheading Škoda’s move to electrified powertrains is the new Citigo-e. Admittedly, calling it “new” is not exactly accurate, as the body has been in production since 2012 – albeit powered by a combustion engine.

Under the skin lives the same electric motor and battery set-up as the Volkswagen e-Up and new Seat Mii Electric. Of the trio, the Škoda is the cheapest, at £20,400 before the Government grant.

It offers a range of about 160 miles and can be recharged in four hours and 15 minutes. If you opt for the SE L model (£22,760) it comes with rapid charging functionality, slashing the re-charge time to an hour.

Despite being fairly rudimentary inside, with exposed metal panels and little in the way of creature comforts, the Citigo-e offers a great package for those who do a lot of driving in the city.

There’s space for four adults on board and the boot is not impacted by the transition to electric. Despite being small at 250 litres, there is a clever storage compartment under the floor to keep the charging cables.

Response from the electric motor is instant, allowing the car to duck and dive in and out of gaps in the traffic. Its small footprint makes parking equally stress-free.

There’s no built-in touchscreen, a shocker on a car that is meant to appeal to young city-dwellers. Instead you have to plug your phone into a holder on the dash and use your own apps.