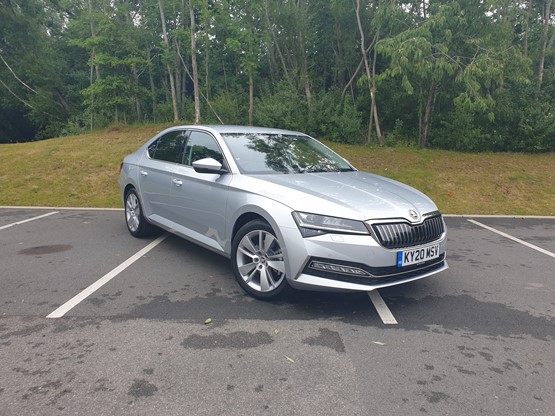 We’re in a new Superb! Ours has developed a fault with the charging system: in short, it won’t charge, so Skoda has whisked it away and given us a temporary replacement.

On paper, it’s near identical in all but trim, wheel size and colour – this model is the Sportline Plus in Meteor Grey with 19-inch Vega alloys listed at £40,430 compared with our original Superb’s £36,685.

While disappointed that our reigning Fleet News Awards upper-medium car of the year (five times in a row, no less) has proven fallible, it has provided a perfect opportunity to test some of our gripes on a different model. 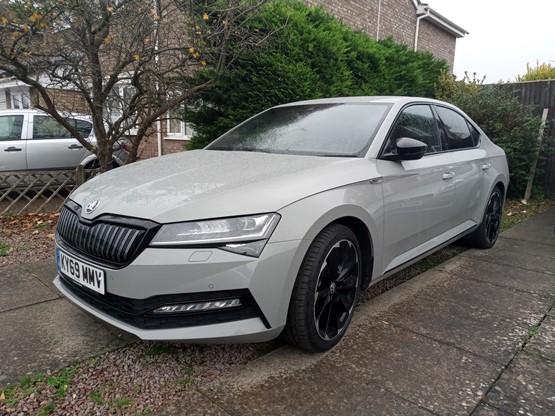 So, what have we learned about Superb No2? I was eager to test reverse gear: Superb No1 had a mini seizure every time reverse was selected, taking sometimes a full two seconds to engage, leaving both car and me stranded in the road.

However, no such problem for Superb No2: it instantly engages for a seamless reversing manoeuvre.

Another plus: No1 repeatedly tossed software update requests at me; No2 seems not to require such regular fixes.

Further likes are the colour, alloys and Alcantara sports seats, but it isn’t all lavish praise for the newcomer.

Superb No2 has a wider 9.2-inch touchscreen display which is noticeably less functional that No1’s eight-incher, primarily because you lose the quick access keys in order to accommodate the bigger screen. In this case, smaller is better; the quick access keys make navigating the system far simpler.

Our time with No2 was short-lived; after two weeks at Skoda HQ, No1 was back in our possession.

Frugal, even without charge

Skoda, you owe me 50p. Readers may recall that the tyre pressure monitoring system alerted me to low pressure in two tyres recently.

Each should be 36PSI. Clockwise, from rear nearside, they were 36/35/36/36! Hardly cause for the warning light to come on, surely. The 50p? That’s how much it cost to check the pressures.

The system has now been re-set, so, hopefully, it will settle down for the rest of our time with the car.

Being primarily home-based for work, and without access to a fast charger, the plug-in hybrid Superb is spending very little time running on electric. However, the 1.4-litre petrol engine is surprisingly frugal.

On steady journeys, it is comfortably averaging 48mpg. The WLTP figure is 148.7-217.3mpg, but the comparison is unfair without regular charging. 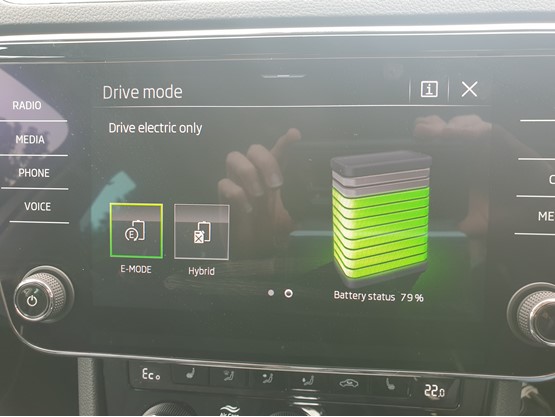 The 1.5-litre TSI DSG petrol Superb, meanwhile, returns just 43.5mpg and has a 68PS power deficit. Given the extra battery weight carried around by the PHEV, 48mpg is a decent return.

Of course, if I was working in – and charging up at - the Fleet News office, the electric range of 34 miles would see me home and back again, enabling me to run 100% on electric.

That’s where the case for plug-in hybrids is really made. My pre-coronavirus weekly routine was typically three days in the office, two out at meetings – often round trips of 300 miles or more.

The petrol range, which exceeds 450 miles with careful driving, accommodates these longer trips in a way pure electric vehicles currently cannot. At least, not without a mid-journey charge-up, and that’s not always possible due to the infrastructure or time.

My driving behaviour hasn’t quite made the cultural leap to pre-planning journey times and routes with charging breaks included.

The Superb has bugs. Not the creepy-crawly type, but minor software glitches that need over-the-air updates. The issue is, those updates can only take place when the car is stationary, and they aren’t quick, so rather than sit on the driveway with the engine running, I’ve been cancelling them.

Don’t worry, Škoda, I will find the time to baby-sit the car soon to allow the updates to complete.

There are a couple of other annoyances that have come to light now I’m more mobile post-lockdown.

The automatic six-speed gearbox is refined, with effortless changes and a rapid reaction when stepping on the accelerator to overtake. However, selecting reverse is another matter; then, the gearbox can take a second or so to engage, leaving the car temporarily stranded. 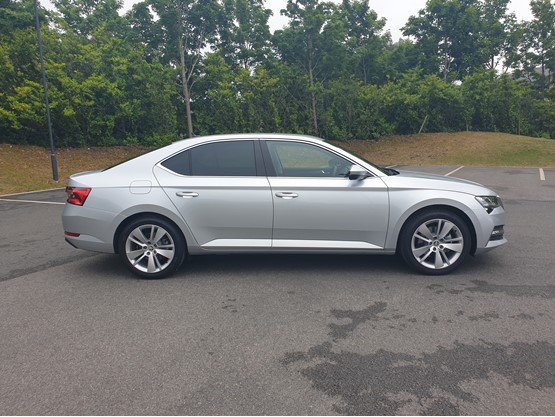 We’ve encountered this on previous test cars, and it becomes frustrating if, like me, you always reverse park.

Remote locking of the car is also a little hit-and-miss – the key needs to be pointed at a particular spot because often I wave it in the general direction of the car, press lock and nothing happens. I would prefer it to be a bit more sensitive.

Talking of sensitivity, what could’ve been a gripe should really be praised as a valuable safety aid – the tyre pressure monitoring system (TPMS).

As I write, the tyre pressure warning light has lit after just 1,500 miles, or two months since we took delivery. Unchecked tyres can lose 1-2 PSI a month, so it’s a timely reminder to frequently check tyres, even when mileages are low.

However, the TPMS generally comes on when the tyre pressure falls below 75% of the recommended value, which, in the Superb’s case would be 27 PSI (recommended 36).

My experiences with other test cars suggest that most systems are much more sensitive than this – but that’s no bad thing if it encourages more regular safety checks.

And, of course, checking the tyre pressures will give me the stationary time for the software updates to finish!

When we first drove the Skoda Superb iV plug-in hybrid at the tail end of 2019, we described it as an “attractive” proposition for company car drivers.

Remember, the Superb is a five-time winner at the Fleet News Awards: you simply cannot get a better upper-medium car. And the PHEV model saves a company car driver £1,300 a year in BIK compared with the 2.0-litre diesel, despite carrying a £5,500 price premium.

The good news continues for fleet operators: at 36.47ppm, running costs are 4ppm cheaper, resulting in a saving of almost £3,500 over four years/80,000 miles – although these figures are based on full-time electric running, which is a little unreasonable, despite the Superb’s impressive 34-mile range. 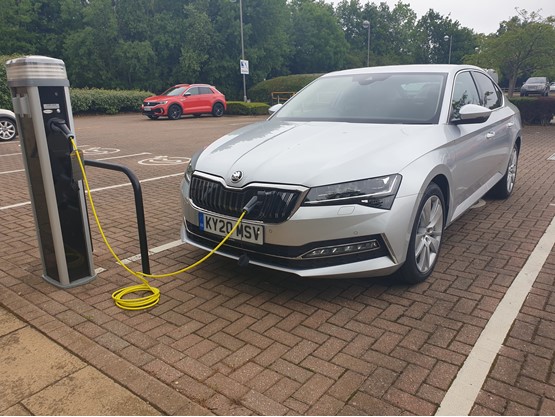 Using fuel cost at 50% of diesel, rather than 0%, as a comparison may wipe out the overall running cost saving, but still leaves the PHEV in an advantageous total cost of ownership position when national insurance and corporation tax savings are added to the mix.

Our test car is the SE L hatch, which comes loaded with equipment. The only option is metallic paint at £595, taking the price to £36,685.

The battery does eat into the boot space, reducing capacity from 625 litres to 485. Nevertheless, that’s still competitive.