"The S60 shares the same dashboard as the V60 which means it feels a special place to be, while there is plenty of room for all occupants" 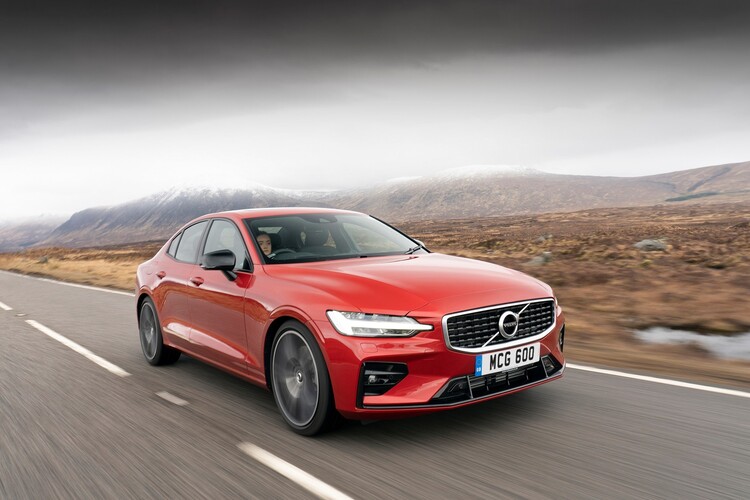 Volvo launched its stylish V60 estate last year to much acclaim, and this has now been joined by a saloon sibling, the S60.

Apart from the extra practicality offered by the V60’s boot, there is another critical difference between the two as far as a fleet decision-maker is concerned: S60 will not be available with any diesel engines.

This is part of the brand’s shift to electrification, but is sure to harm the model’s appeal in the fiercely competitive premium car sector, which is dominated by diesel powerhouses such as the BMW 320d.

At launch, the S60 is available with just one engine and trim option: 2.0-litre T5 petrol R Design Edition.

Producing 250PS and matched to an eight-speed automatic gearbox, this has combined fuel economy of 39.8mpg and CO2 emissions of 155g/km, putting it in the 34% benefit-in-kind (BIK) tax band.

Employers would also make savings by opting for the 320d. According to data from KeeResources, the 320d will cost 11.58 pence per mile (ppm) to fuel, compared with 14.53ppm for the Volvo.

There is better news for cost-conscious fleets and drivers: Volvo has also started to take orders for an all-wheel drive 2.0 T8 Hybrid R Design plug-in hybrid model, which offers lower running costs than the T5. There will also be a lower-powered T6 version.

First deliveries of this model will take place by the end of the year. But, until then, the only model available – and the one available to drive at the S60 media launch event – is the T5, which, running costs aside, is an excellent car.

The good looks of the V60 are, at the very least, matched by its saloon sibling, particularly in R-Design trim.

This equipment grade includes lowered sports suspension and 19-inch wheels, with its sporty demeanour also reflected in the cabin through features such as a sports seats, black headlining and metal mesh interior highlights.

The S60 shares the same dashboard as the V60 which means it feels a special place to be, while there is plenty of room for all occupants.

The standard equipment level is also generous and includes a 12-inch infotainment touchscreen, LED headlights and satellite navigation, while safety technology includes Pilot Assist, which controls the car’s acceleration and braking to keep the car at a safe distance from the one in front. It also assists with the steering to keep the car correctly positioned in its lane.

Combined with a sporty drive which befits its looks, all of these attributes mean the S60 is an impressive package.

Although its running costs may limit the petrol model’s appeal to fleets, it does signal that the plug-in hybrid version will become a hit in the company car market.