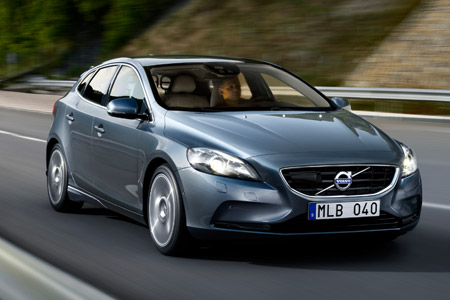 Volvo is arguably the most underrated brand in the fleet sector.

Interior quality, comfort, safety and, to a lesser extent, design are all boxes it has been ticking for some time. And with its DrivE efficiency brand, it also has available some of the lowest CO2-emitting cars in their class.

However, faced with intense competition from the German premium trio of BMW, Mercedes-Benz and Audi, plus a resurgent Jaguar, Volvo has been at risk of being side-lined.

That’s about to change with the new V40; it puts the company squarely centre-field. It’s the most attractive car in the small family sector, with striking looks from the front, coupé-like side-profile and rear – a rare achievement.

One criticism with the design is the small rear windscreen, although space is good for leg and head room throughout.

The V40 marks the start of a new era for Volvo in many ways. It becomes the first model to eschew the DrivE branding in a move that all future Volvos will follow.

This industry-defying decision underlines Volvo’s desire for all its models to be as efficient as possible, rather than packing the best technology onto one ultra-low emissions derivative.

It’s risky – fleets have been tuned to search for a ‘green’ badge – and Volvo might have been better taking a BMW EfficientDynamics approach by badging all its cars DrivE instead, but the intentions are certainly worthy.

So, every V40 features stop/start, regenerative braking and low air/rolling resistance. It brings emissions on the 1.6-litre 115bhp D2 diesel down to 94g/km – placing it below the 95g/km threshold which, from April 2013, is where 100% capital write-down applies. Combined fuel efficiency is 78.5mpg.

The engine is expected to account for 63% of V40 sales, and no surprise – it’s excellent.
It has ample power to suit most drivers, although it performs best with higher revs, and it is very refined, with barely any noise whether accelerating or cruising at speed.

The optional sports suspension is a negative – it makes the ride crashy and unsettled. Far better is the standard option, which is more cushioned. Combined with the supportive, comfortable seats – something of a Volvo speciality – it makes for easy, relaxing journeys.

The diesel range steps through a 150bhp 2.0-litre D3, which returns 124g/km in manual format and 139g/km in auto, to the 177bhp 2.0-litre D4, which matches the D3’s efficiency figures.
Both manual versions sit below next April’s 130g/km capital allowance/lease rental restriction thresholds, increasing their appeal for fleets.

Three petrol engines (T3, T4 and T5) will split the rest of the sales, primarily in the retail market.

The V40 brings new technology to the sector for the first time. Fitted as standard is a pedestrian airbag. It inflates to fill the lower half of the windscreen in collisions between 12 and 30mph and will reduce serious injury and deaths by up to 75%, claims Volvo.

Also new is cap-less fuel filling, park assist pilot, a knee airbag for drivers and cross traffic alert, which informs the driver when reversing via visual and audio warnings about oncoming traffic up to 13 metres from either side.

Buyers can choose from three trim levels – ES, SE and SE Lux – with City Safety, Bluetooth, aircon and alloy wheels standard on all. City Safety is now able to stop the car up to a speed of 31mph (previously 19mph).

Options have been kept to a minimum. Instead, Volvo has bundled them together in four ‘packs’. It believes this approach will help to boost residual values because each will get a CAP coding.

Volvo is anticipating residual values in the high 30s over three years/60,000 miles, putting it on a par with its German rivals.

Inside, the V40’s high-quality switches and ergonomic layout is an evolution of existing models, and continues to feature the floating centre console. A choice of interior mood lights and dashboard configurations is available. Select the eco setting for green lighting, power for red and elegance for amber.

Each setting changes the information available on the screen although there is an element of overload – it’s complex and potentially distracting.

Volvo is looking to sell 2,500 V40s this year, rising to 12,500 next year with fleets accounting for 60%. Class rivals are the BMW 1 Series, Audi A3 and Mercedes-Benz A-class, but most sales are expected to come from mainstream upgrades due to the level of brand loyalty in this premium segment.

Further body styles will follow, believed to include an XC variant to be unveiled at the Paris Motor Show in September, and an estate next year. Come 2013, the V40 will have replaced the S40 saloon and V50 estate, while the smaller three-door C30 will also be dropped from the line-up.