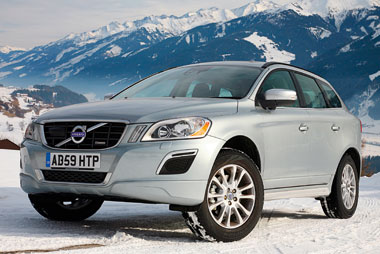 Volvo’s R Design models stand out from the rest of the range and have proved popular with UK customers.

R Design was introduced to the XC60 range in 2010, a year after the car’s launch, and helped the car to a win in the Best SUV category in the 2010 Fleet News Awards.

We tested the 205bhp D5 R Design, although a 2.0-litre D3 engine was launched towards the end of last
year to broaden the range of low-CO2 Drive versions.

The D5 is Volvo’s long-serving higher performance diesel engine and in the XC60 develops 205bhp, although its torque figure of 309lb-ft between 1,500rpm and 3,250rpm says more about the car’s performance.

Unlike the less powerful front-wheel drive D3, this version’s CO2 emissions of 174g/km puts it above the 160g/km capital allowance threshold, but that’s par for the course for four-wheel drive cars in this class.

What’s more interesting is the value it represents compared with cars like the Audi Q5.

The D5 R Design has a similar P11D value to the Audi Q5 2.0 TDI S Line, but has better performance. However, the stop-start-equipped Audi is two BIK tax bands lower than the Volvo.

As with all XC60 models, Volvo’s City Safety automatic emergency braking system is standard, but you also get a slightly more aggressive appearance thanks to the bespoke styling kit.

It does feel sharper on the road than other XC60 models, but loses out to the more driver-focused Audi Q5.

The XC60 D5 is an impressive car, offering more performance for the money when compared with premium rivals, as well as some useful and practical features.