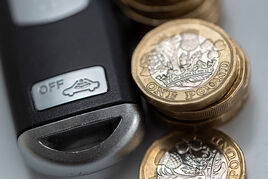 Scaremonger's predictions of a car finance ‘crash’ should be taken with a pinch of salt.

Earlier this year, the Bank of England initiated a review of the provision of motor finance to UK consumers, instructing the Prudential Regulatory Authority (PRA) to check how resilient lenders’ balance sheets would be in the event of a market downturn and instructing the Financial Conduct Authority (FCA) to look at whether industry practices were harming consumers.

The FCA’s ‘Business Plan’ said only that it was “concerned that there may be a lack of transparency, potential conflicts of interest and irresponsible lending in the motor finance industry”, and that it “will conduct an exploratory piece of work to identify who uses these products and assess the sales processes, whether the products cause harm and the due diligence that firms undertake before providing motor finance”.

Articles questioned whether the motor finance market was “heading for a crash” or rife with “loan mis-selling”, suggested that car salespeople “earn thousands of pounds” every time a customer signs an agreement and even wondered whether “mis-sold car finance could be the next PPI scandal”.

However, as the initial announcements referred to the sale of motor finance products to consumers, we may assume that this exercise will include the sale of personal contract hire (PCH) and PCP by fleet leasing companies.

Most of the industry’s customers appear to be very happy with their PCP or PCH agreements.

The industry has invested heavily since the FCA arrived – rewriting procedures, recruiting and training staff and reprogramming systems to ensure that customers not only get the products they need and want, but make fully informed decisions and are treated fairly.

The FCA will look at whether there is adequate transparency in the market (whether products and firms’ roles are understood by the consumer), whether lending is responsible (i.e. if consumers can afford the financial product and it is suitable for them) and whether there are conflicts of interests (arising, for example, from salespeople earning commission).

The review of the sector was triggered by the Bank of England’s concern that household indebtedness is high and rising relative to incomes, which may potentially cause problems for lenders with lax lending standards.

Household debt was at an all-time high of about 150% of household income just before the financial crash. Since then it fell to about 130% and has now risen to about 133%. Of this, three quarters relates to mortgage borrowing.

Meanwhile, dealership car finance has grown by roughly 4.5% a year over the past few years.

Historically, when people wanted to fund their next car purchase, they may have gone into their bank and taken out a car loan.

Despite the considerable growth in the UK new car market, this option is less popular now, with a higher proportion of consumers opting for dealership finance (in no small measure because of the guaranteed minimum future values and very low interest rates offered by manufacturer captive finance companies).

Similarly, these statistics exclude PCH. A consumer who in the past only bought used cars may well have taken out their first PCH agreement in the past few years, attracted by the low monthly costs compared with repaying capital and interest on a bank loan.

It is possible to argue that this change in behaviour is very much to the consumer’s benefit, but in the statistics it simply looks like one more new car has been sold via a consumer funding agreement.

Could the FCA, having dealt with major concerns about payday lenders, now be focusing on the motor finance market primarily because of its size, rather than because it is concerned with any specific bad practices it wishes to squeeze out?

The BVRLA and FLA are both actively working to help the regulators understand how the market works and putting forward the industry’s case.

These are some of the points that are no doubt being made by the trade bodies to the regulators:

If the FCA is concerned about competition, it should be aware that, as far as industry practitioners are concerned, competition has never been fiercer, with every lender subject to multiple bids all focusing on price (as well as service).

If they are concerned about price transparency, perhaps more could be done to better educate consumers about the products they are buying.

Lenders already do a lot to help consumers make informed choices. Perhaps the next big step would be to move forward with interactive video.

This is a nascent technology in which the viewer watches a video clip and must then click to answer a question correctly to confirm their understanding of the issue, before moving to the next step of the video. An audit trail is retained as evidence of compliance.

From conversations with overseas lenders, it is clear that many envy the systems used by UK lenders to determine creditworthiness.

Lenders tell me that their arrears and repossessions are historically low.

Customers have been attracted to low interest or free insurance/low deposit deals, but this is a good sign of a healthy market rather than a sign that something is working against the customer’s interests.

PCP offers customers the right of withdrawal, protection against merchantable quality issues and options at the end of the contract that deliver huge, often unsung benefits for the customer.

The Ombudsman, BVRLA, FLA and FCA get few complaints from the industry’s customers, compared with PPI and independent financial advisers.

We have yet to see evidence of a growth in irresponsible lending. However, if the regulators’ reports fail to give the industry a clean bill of health, this could encourage ambulance-chasing operators to turn their attention from PPI claims (which are now coming to an end) to our industry.

Advertisements saying “Have you entered a PCP or PCH agreement in the past six years? You might be entitled to claim! Apply now!” would be a nightmare scenario for lenders.

If encouraged to believe they had the right to make some sort of claim, many customers may stop making their monthly payments – which could indeed cause problems to lenders’ balance sheets.

The industry is proud of what it does. PCP and PCH are great products for the consumer, as well as good for competition, the economy, manufacturing and the environment.

The growth in motor finance has come about as people have felt more confident about acquiring a new car in recent years.

It is therefore unsurprising that people have felt more confident about entering into these deals.

If your company is not active within BVRLA or FLA committees, and you have insights or ideas about how the market could be improved that may be worthwhile presenting to the regulators, now would be an excellent time to discuss these with the trade bodies.

It will be far better to present ideas to the regulators now rather than simply waiting for them to bring forward new draft regulations.