PSA Group’s acquisition of Opel and Vauxhall, which was finalised earlier this month, is “interesting and exciting”, according to PSA fleet director Martin Gurney, as he believes there is little crossover between the brands’ customers.

“From figures I’ve seen, the willingness for Vauxhall buyers or Opel buyers to consider a PSA product and vice versa is fairly limited so it’s an extremely interesting purchase from that perspective,” he says.

“In terms of what it means for us commercially? Who knows.

"Clearly from an upstream point of view, common platforms, common production facilities. We’ve already worked a lot with GM on projects over the years and I guess we’ll see an acceleration of that moving forward. It’s interesting and exciting.”

Gurney has already witnessed a great deal of change over the past two-to-three years, having added fleet responsibility for Citroën and DS to his existing Peugeot head of fleet role at the end of 2014 and, more recently, bringing the corporate teams for the respective brands together.

Some changes have happened sooner than Gurney expected but have been in response to customer demand.

Gurney’s channel mix improvement strategy – to move away from sales classed as ‘red channel’ (rental, courtesy cars and other short-cycle, low-margin deals) and to do more ‘green channel’ (true fleet) business – has been “accelerated” in the aftermath of the Brexit vote and the devaluation of sterling.

This has resulted in PSA fleet sales being significantly down in the first half of the year but Gurney, like many manufacturers, was forecasting a difficult year and he is “comfortable” with what he sees as PSA’s genuine end-user corporate business.

“On Citroën alone we’re some 2,500 units ahead of our true fleet budget for this year which is really encouraging,” he says.

“C3 has been instrumental in that and overall, from a PSA national fleet perspective we’re 8,500 units ahead of budget. So the first half of the year has been much stronger than we forecast it would be when we were setting our budgets back in October/November.” 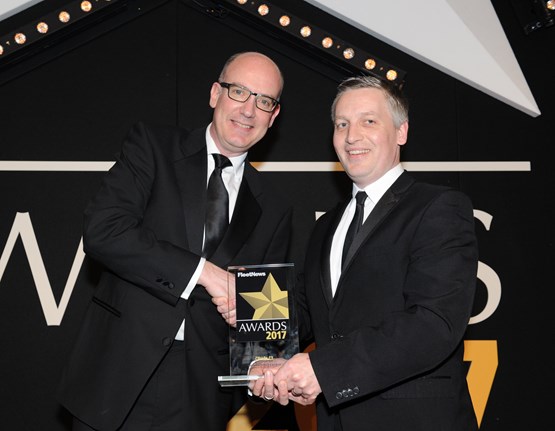 Fleet News: Why did you introduce a new corporate team structure?

Martin Gurney (MG): It was right for customers; it was right for us. It’s our vision from a corporate sales perspective to be best in class when it comes to the service we provide, from our contactability to the way in which we make appointments and send agendas.

This includes the way in which we conduct our visits, offer demonstrations, offer contracts and put terms in place.

Generally, customers are delighted in the sense that they’ve got one person to deal with not two or three to cover three brands.

What impact has the new structure had?

MG: We’re definitely increasing the business for all three brands as a result, simply because we’re talking to Peugeot customers about Citroën and DS models that complement their existing Peugeot purchase so somebody that might be interested in a Peugeot 208 or a new 3008 can also consider a Grand C4 Picasso if they’ve got a seven-seat people carrier requirement.

The ranges are very complementary. Before, because the fleet departments were separate, we’d have gone out of our way to make sure we didn’t talk to each other’s customers so there are lots of incremental opportunities that come by just being able to offer that complementary suite of products.

How is Free2Move Lease performing?

MG: It’s still relatively early days. From our perspective, as a corporate sales team, it’s really great to be working with a true leasing company that can offer not just PSA product but competitor product as well.

Free2Move Lease has just appointed Anna Ford as its manufacturer relationships manager. She has got the relationships in place now, agreements with other manufacturers and how we’d supply their vehicles are done, so we can start winning some business.

The long-term ambition is to have around 10% of the risk fleet as competitor vehicles, that would be around about 6,000, and the target is still to get to close to 1,000 vehicles by the end of this year into early next year.

We’re not excluding ourselves from that kind of activity rather than it being an aggressive part of the growth strategy.

What feedback have you had on the new C3?

MG: It’s been positively received. The lessors, in particular, have really bought into the Citroën fair pricing policy.

This is the notion of having a value-for-money, well-priced product up front not an expensive product that gets discounted a lot.

That’s helped us fairly significantly in positioning the vehicle.

It’s something we’ve had to work a little bit harder in other countries but in the UK the lessors have got it completely so we end up with a very strong residual value and consequently a strong wholelife cost proposition.

Is the C3’s built-in dash-cam, ConnectedCam, more of a retail proposition than a fleet one?

MG: It’s an interesting retail sales proposition from the perspective of social media and sharing video clips but clearly it has a very real value as a dash-cam as well to help out in the event of an accident.

The data sits within the memory of the car and can be downloaded by the user.

What stage are you at with connected car technology?

MG: I think it’s fair to say the PSA Group has been a little bit behind certain others in terms of developing connected car technology.

So we’ve not yet had to have some of those potentially more challenging conversation with the lessors. We’re still developing our connected navigation proposition on cars.

Certain end user permissions are required because the cars use geo location software as part of that particular offering.

But at this stage we don’t have any built-in technology that automatically shares data with anybody. It’s on an opt-in basis and it’s focused on navigation.

We’re soon going to be in a position where discussions with the lessors start to take place. I’m very pragmatic, we’ll approach it on a lessor-by-lessor, customer-by-customer basis with the clear focus on doing what’s right for the end user.

We’ve had a relationship with Teletrac Trafficmaster for some years now on the van side with Citroën so it’s been offered to customers as a benefit of buying the product rather than a revenue stream but we’re looking to evolve, in partnership with Free2Move Lease, in terms of what that offer looks like, using technology that exists within our vehicles and then working with partners, such as Teletrac or TomTom or Masternaut, to develop the interfaces.

How long will it take before you have a product?

MG: The hardware exists but we’re still finalising those commercial relationships and partnerships with the data management providers.

I hope we’ll be in a position to promote those services a bit more actively from the beginning of next year.

How are you managing the negative press on diesel?

MG: With a degree of pragmatism and common sense. I think there is a lot of unfair noise surrounding diesel.

We’re finding certain customers are making the decision to opt for petrol instead of diesel where in truth it’s probably not the right thing for their business.

I suspect they’ll regret that decision in months and years to come. The latest diesels, Euro 6 and in particular Euro 6.2, are to all intents and purposes every bit as clean as the latest petrol engines.

When customers start to focus a bit more rationally – not being led by the news agenda – and realise they can operate a very clean car that would certainly be more efficient from the perspective of fuel consumption and CO2 I think we’ll see a diesel resurgence.

Fewer than 5% of 1,000 key accounts have made a switch to petrol and Gurney points out that Citroën has also recently won a significant public sector tender to supply diesel C3s.

“Typically the second half of the year can be little bit tougher but we’re only just beginning to see the impact of new C3,” Gurney says. “It’s been sizeable already but there is still a lot of momentum there and a lot more we can do.”