Activa Contracts' managing director Ian Hill explains how its approach underlines the importance of people to its business.

Activa Contracts’ managing director Ian Hill isn’t a fan of marketing speak but he claims there is truth in the company’s slogan emblazoned on the office wall: company cars powered by people.

“The people side of it is key,” he says. “We operate in a mature market where no provider really has a unique product or service.

We all have similar funding options, similar management options and so on, so it’s not what we do that differentiates us, but how we do it.”

The ‘how’ demands efficient systems and processes because “if you don’t have really robust systems you can’t survive” but Activa works “very hard on the people side”, according to Hill.

“We encourage customers and prospects to come in, meet the team and see how they do it and we work hard on getting the people here well trained, understanding not just about their own job but about the whole picture and where they fit in.”

Activa is a division of Arnold Clark Finance and owned by vehicle dealer group, Arnold Clark. It was set up in 2000 when Arnold Clark decided it wanted to, as Hill puts it, “move south of Hadrian’s Wall”.

The vehicles are sourced through Arnold Clark with preferential terms and at the end of the lease they are returned to the group for resale.

“We perform a valuable function: feeding the group with used vehicles,” Hill says.

In return, Activa benefits from a flat management structure (it has the freedom to make decisions over underwriting new business, for example), shared back office functions as well as group divisions such as daily rental (10,000 vehicles) and insurance. 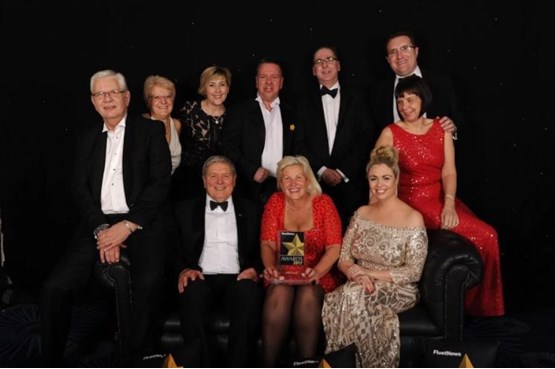 Fleet News: Not many leasing companies have tapped into the insurance market, why did you decide to offer fleet insurance?

Ian Hill: We’ve got a division called Arnold Clark Insurance Services, which started off life doing retail motor insurance for people who buy a car from the showroom but that’s now developed into offering our other insurance products and fleet insurance.

There is definitely some interest there and some progress. One of the things we come up against is where companies have consolidated insurance they’ll deal with one insurer for their buildings etc.

They don’t want a separate fleet policy. But where that can be done we’ve got an attractive product. We will come and talk to you about your fleet and we won’t be a faceless, big insurer.

FN: How do you help fleet managers to minimise end of contract charges because it can quite a contentious area for leasing companies and their customers?

IH: The first thing is to try to put things in place to avoid damage charges occurring.

Often fleet is a central function and the vehicles could be spread across different locations so you need line managers who see the vehicles to take responsibility and we would always suggest a management walk round.

We encourage our customers to have a declaration from the driver when they put in their monthly expenses to say all the lights are working, they checked the tyres, there is no new damage on the vehicle since their last expense claim or there is a bit of damage and then for somebody to check it. If people don’t check anything and there are no consequences then you get damage.

FN: What is your process for damage at end of contract?

IH: Our preference would be to charge nothing if we can help it because we know how contentious damage recharges are but we have to protect ourselves where there is unrealistic damage.

We only use one logistics provider, we have agreed standards of inspection and reporting so we don’t have different people with different levels of expertise inspecting it, it’s one operator, it’s consistent.

If we get the reports, and we always get them with digital images, and we believe there is something that is chargeable, we insist on getting that from our logistics operator quickly.

We then contact the customer, tell them that there is charge likely for this item for this amount of money and we will do nothing else until the customer agrees that is a fair and reasonable charge.

We will not repair the vehicle, we will not move it, we won’t sell it and we won’t invoice for it. We won’t do any of those things until the customer agrees.

Occasionally there is a discussion but what I can tell you is we never fall out. It’s just not worth falling out over.

We can spend months, years sometimes, courting a customer to get them on board and if you are unfair and unreasonable you can lose customers in a flash. I know how contentious it is in the industry, so we’re very careful.

FN: Has having a driver app helped the process?

IH: Yes, we give clients the opportunity to take a picture of the damage and send it to us prior to the end of contract.

We indicate whether any recharges are likely and to what extent and they can choose to have the refurbishment done locally if they prefer.

We also use that app for people using rental vehicles, it’s not just contract hire vehicles.

FN: Why did you decide to develop the app in-house?

IH: I would say it’s the Arnold Clark way; we do most things in-house. We also have an in-house app for mileage capture and I developed our wholelife cost analysis tool and fuel policy comparison calculator.

They are used extensively, day in, day out, in terms of creating car policies. The call centre is operated by our own staff rather than a third party.

We do partner with other providers for things like risk management, fuel cards and telematics but what we’re doing is bringing together all those service providers and funding into a package.

FN: Why did you decide to partner with Lightfoot for telematics?

IH: What we like about Lightfoot is that it gives immediate feedback to the driver. Telematics, in general, generates all sorts of information and data on driver behaviour which is fed back to someone to do something about.

The grave danger is if that someone does not do something about it or do it properly then there are implications which are onerous.

The beauty of Lightfoot is it tells the driver immediately their behaviour is acceptable or unacceptable.

Within the 12 months we have been working with Lightfoot, the take-up has been significant among some of our major customers and while fitment has been predominantly to LCVs, we find it encouraging that take-up has occurred more strongly on cars than would appear to be the industry norm.

We believe this speaks volumes for the efficacy of the product.

FN: You launched a mini-lease to bridge the gap between daily rental and contract hire, how popular has that been?

IH: That is going very well. We call that Rental Plus. It’s for hire periods of 84 days or more. Sometimes it’s cars – people using it for pre-contract vehicles or for some particular contract they’ve got – but quite a lot of it is vans for short-term contracts and the vehicles are liveried and can have things like beacons.

Activa is set to launch a personal leasing product this year to tap into the growing personal contract hire (PCH) market. Hill says it will be promoted as an affinity scheme to Activa’s corporate customers and “it won’t be offered out to the wider world”.

He is adamant that brokers won’t be a route to market for Activa Contracts.

“We’re not in the broker market because we place great store in the relationship and providing added value to the customer and that just is not possible in a broker scenario,” he says.

“I know some of our competitors have obtained considerable growth out of that market in recent times, but that’s not for us.”

Activa Contracts has expanded its digital offering with a number of in-house-developed apps for capturing mileage and vehicle condition, along with wholelife cost modelling and fuel policy tools.

Two Activa Contracts’ employees have been promoted to area managers after successfully completing the company’s training and development programme.

Leasing company of the year: Every Zenith transaction has had something that is transformational