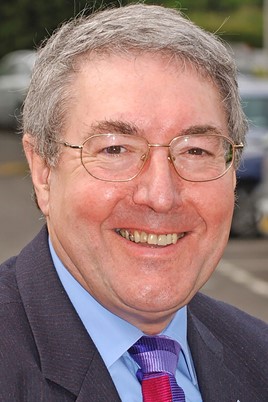 Two-time Fleet News Award-winner and Hall of Fame member Stewart Whyte celebrated his 50th year in the fleet industry in May.

During his career, Whyte has been at the forefront of the sector.

He has held influential positions at both ACFO and the BVRLA (he’s an honorary life member of the former), witnessed the meteoric rise of the contract hire and leasing market, seen numerous shifts in fuel types and helped countless businesses run more efficient fleets.

Having started his motor industry career working for Scottish dealer group Arnold Clark in May 1970 – initially looking after a small fleet of rental cars – Whyte quickly got to grips with contract hire and was soon handling around 400 contract hire cars and 100 rental cars for the group.

In 1973, BVRLA proposed a committee for Scotland and, at the inaugural meeting, Whyte found himself appointed the membership secretary for the country, as one of the few people in the region that had experience of contract hire and rental.

“That was very helpful to widen my horizons in terms of what the rest of the industry was doing in the bigger dealerships down south,” he says.

By the late ’70s, Whyte was looking after a fleet of more than 1,000 finance lease cars and around 400 Motability cars for British Leyland-based dealer group Wadham Stringer in south-east England.

Whyte says: “I had to start from zero and work my way around the dealership to convince them of what I wanted to do. Contract hire and leasing was getting a lot of press at the time – I mostly had a good reception and we built up business quite well.”

He was headhunted numerous times and held a number of roles in the rental and leasing sector between the late ’70s and early ’80s.

In 1982, he decided to branch out on his own and launched Fleet Audits. Using the wealth of knowledge he amassed over more than a decade, Whyte set out to help fleets understand the minefield that was, at the time, contract hire and leasing.

“I knew there was a lot of uncertainty about what contract hire and leasing could do and people still had no idea about the wholelife costs on fleets. I thought the best way to do it was to sell my big fleet expertise to smaller fleets.”

He set up Fleet Audits with that in mind, but it quickly became apparent that there was a market beyond his initial expectations. Whyte’s fourth client had a fleet of more than 1,000 vehicles.

“We ask the senior management what they think should be happening, we then go and look at what is actually happening and then we give an interim report of the difference between them,” Whyte explains.

A lot of the work the company did in its early days was helping fleets get a better fit for the services they wanted, and needed, in the changing times of the mid-80s to 2000s.

Cost reduction was a key priority for most of Whyte’s customers. He says the business would focus on two “quick wins”: accidents and fuel.

As an early proponent of safe driving, Fleet Audits would help companies understand both the societal and cost benefits of reducing collisions.

It also played a part in the ‘green revolution’ of the early ’90s by highlighting the benefits to fleets of driving down fuel costs and reducing emissions.

During his tenure, Whyte has played an instrumental role in the introduction of both company car tax schemes: the list price-based system in 1994 and the CO2-based system we still use today.

“I was heavily critical of SMMT and manufacturers who were dragging their feet about releasing CO2 information,” Whyte says. “If you look now at what happened with WLTP, it’s exactly the same!”

Looking to the future

As the country recovers from the coronavirus pandemic, Whyte believe more fleets will look to ‘go electric’ as the public realises the benefits of cleaner air.

But, he warns, the path to electrification is not as simple as some make out. He says: “Far too many people talk in black and white about fuel type and autonomy. This is a very slow migratory path. Nobody gets rid of all their fleet of one type of vehicle to get another type of vehicle, unless they are determined to commit financial suicide.”

He predicts that replacement cycles will become longer as average fleet mileages fall in the wake of the pandemic and companies face financial pressures while the economy recovers. 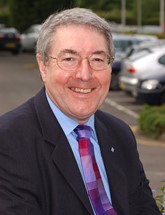