New man at the helm is directing Arval to concentrate on new technologies and broaden the company’s appeal beyond fleet. Stephen Briers reports

Benoît Dilly is a tough act to follow. During his five-year tenure as UK managing director of Arval, he oversaw an 87% rise in the funded fleet as the business broke through 100,000 vehicles for the first time, making him, in many ways, the company’s most successful boss.

Dilly has now been promoted to global head of operations – motor finance at Arval parent BNP Paribas Group in Paris. Filling his place is Miguel Cabaça.

The two share many similarities – both smooth, assured, confident, engaging. Cabaça’s natural accent when speaking English is less broad – he’s Portuguese, Dilly is French – but both are fluent in conversation and are well briefed about the UK market. 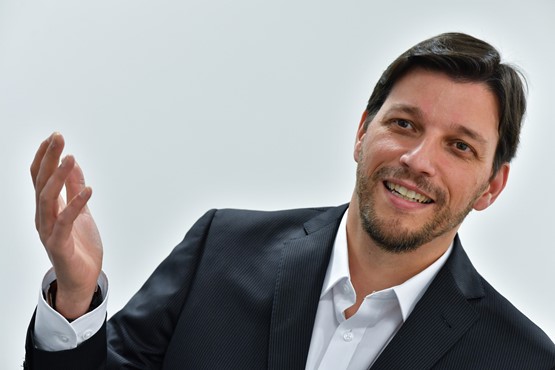 However, they are set on different paths when it comes to the future direction of Arval in the UK. Dilly’s priority was growth. No fixed targets, no ceiling, just increase the number of vehicles funded each year.

When he left, the company’s risk fleet topped 160,000 through a combination of organic and acquired expansion. Cabaça has a new focus, borne from both localised economic influences and global strategy.

Arval is attempting to carve out a space as one of the most – if not the most – innovative leasing and fleet management providers, investing huge sums of money in new technologies and broadening its appeal beyond the traditional company fleet.

It’s Cabaça’s job to ensure the new offshoots and business services are complementary for the greater good of the company and are aligned to the needs of current and future customers.

With an eye on the economic uncertainty surrounding the UK during the protracted Brexit negotiations, he still expects to grow the business but “our ambition for the next two years is not huge growth”.

He adds: “I will be spending time with our customers, listening to their questions. We have a role to play to help them make the right choices.”

Arval has set a global plan for the next three years, making innovation the key driver of its business.

This includes the five new products and services announced to European media at an event in Paris in February.

“This is part of our key strategic projects that take us to 2021,” Cabaça says. “Our new launches tick the innovation boxes and put the customer at the centre, whether that’s the fleet manager or driver.

“We are also focusing on our own team, making sure we have the right skills sets to adjust to the new future. We have a different regulatory environment, from WLTP to GDPR , so we have to adapt.”

Among the projects Arval is launching is car sharing. It is already in talks with prospective customers about a pilot phase and expects a full launch before the end of the year. 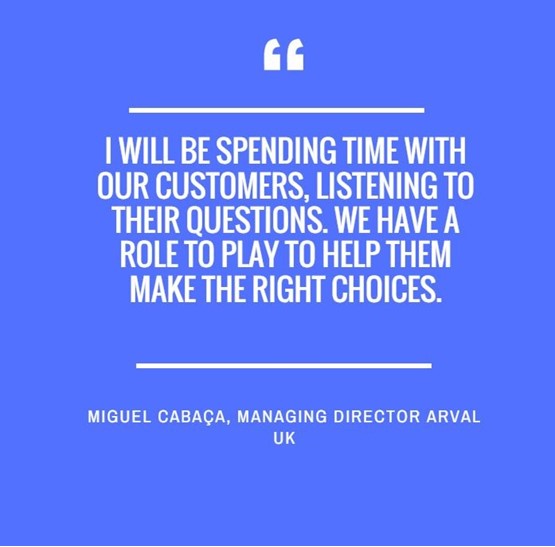 Cabaça sees the new service replacing pool cars and believes vehicles could be shared by multiple businesses to minimise costs.

Technology, including telematics, will play a key role in maximising utilisation.

“With our mid-term product, we have seen some customers reduce their fleet size, so there is an opportunity with car share to do the same if that meets their needs,” he says.

“We have also seen some companies take on car share to give employees access to a car when they wouldn’t have a company car. There are all kinds of scenarios dependent on customer needs.”

With benefit-in-kind levels rising over the next couple of years, and repeated (albeit misplaced) warnings of employees being priced out of company cars, several leasing providers have started to eye up the private market as a growth opportunity.

Arval has taken a twin approach, focusing on both salary sacrifice and personal contract hire under an Arval For Employee banner. 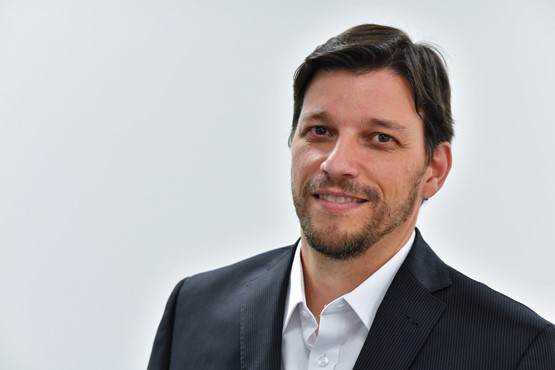 It concedes that its sal/sac product is late to market – the company first unveiled its scheme at a Fleet200 event back in 2010.

However, it has only gone live with its first customer this year, primarily due to the uncertainty caused by the Government during its investigation into the future of such benefits in 2016.

Arval For Employee is an all-encompassing car solution for employees, which recognises the expanding influence of HR among some of its customers.

They are looking for benefits-based packages that will appeal to new employees and improve the retention of existing staff.

In addition to salary sacrifice, it also incorporates the car share initiative. A third option is employee lease via personal contract hire – an area identified by several leasing companies as a growth opportunity.

Arval has offered personal contract hire (PCH) for a few years, but only via brokers and its direct sales operation to the SME sector.

It has built business to around 30,000 units but is now looking to extend funding to staff at its corporate customers.

The final element of Arval For Employee is called Arval For Me. This opens up service, maintenance and repair opportunities to private car owners on a pay-for-use charging structure.

It is, Cabaça believes, a “huge opportunity”.

Arval has an established network of franchised dealers, independents and mobile repairers working to robust service level agreements who can take away a lot of the pain of dealing with aftersales for private car owners.

By the end of the year, Cabaça hopes to be piloting the initiative, with a full launch in 2019.

“Arval For Me is for any age of car – it’s a flexible benefit for employers to offer to their staff,” he says.

Heading off any potential discord with manufacturers seeking to retain aftersales business through their franchised networks, Cabaça adds: “Newer cars will probably go back through franchised dealers; older vehicles will go through independents.

“The manufacturers are our partners so we are talking to them about what we are doing.” 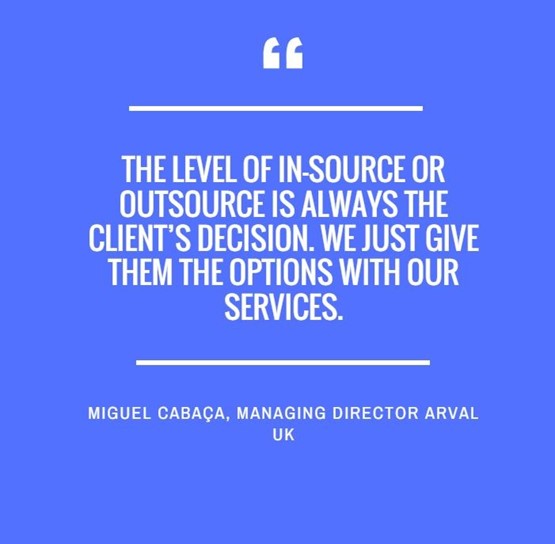 One area where Cabaça’s outlook is noticeably different from his predecessor is on the role of the fleet manager.

Speaking to Fleet News last year, Dilly was outspoken in his view that companies do not need to employ fleet managers; instead, they should outsource their fleet operations to organisations such as Arval, maintaining supply chain relationships via a procurement or finance function.

Cabaça is more pragmatic, believing there is still a role for a fleet decision-maker. Nevertheless, he also recognises that organisations where fleet is heavily dominated by HR influences – typically perk cars – are advised to outsource large parts of their operations.

“The level of in-source or outsource is always the client’s decision. We just give them the options with our services,” he says.

His priority for the next couple of years is to embed the new projects into Arval’s customer offer, adding value to the relationship.

This includes a gradual evolution towards mobility management. 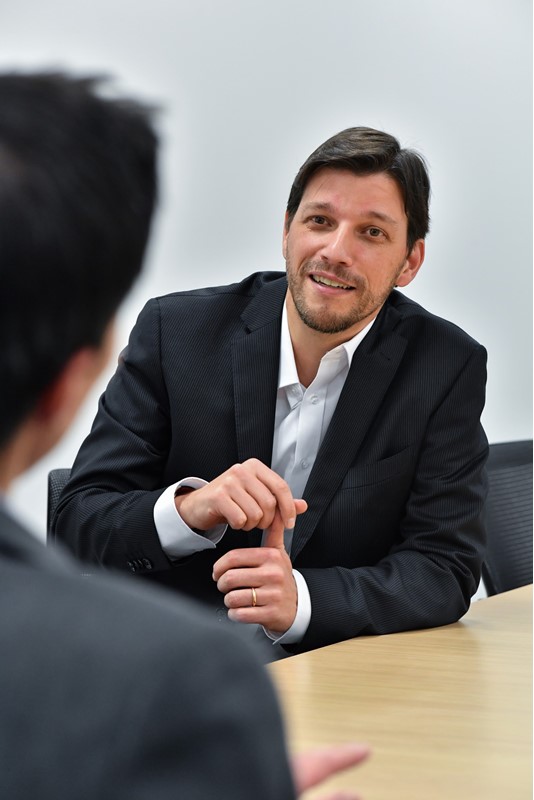 “We have to help every person moving from A to B in a more efficient way,” Cabaça says. “From short-term rental to mid-term solutions, EVs and hybrid and car share, we have to perfect the journey.

“Some of this is complicated to implement in the short-term so we have to take small steps towards a large mobility solution. It could take 10-15 years, but we are not overly concerned about the final dream solution; we’re focused on building the bricks.”

Arval has seen a huge uplift in demand for electric vehicles (EVs), particularly plug-in hybrids. They are now starting to represent a “significant part” of new orders, according to Miguel Cabaça.

However, he is less bullish than some about the potential speed at which take-up will continue.

“I don’t believe electric vehicles will be more than 20-30% of the car parc for the next 15 years at least, unless there is significant investment in infrastructure,” Cabaça says.

“If the Government pursues its investment in infrastructure then growth could be exponential.”

Arval has recently partnered the Renault-Nissan alliance to share experiences and expertise on how best to bring EVs to market, although Cabaça is quick to add that he is working with all manufacturers.

Arval UK has appointed Benoit Dilly as its new managing director, with effect from September. He will replace Bart Beckers, who is leaving Arval UK after three years as managing director to become chief commercial officer at Arval Group, based in Paris.

Arval UK has announced that Benoit Dilly, who has been managing director of the UK business since 2013, has been replaced by Miguel Cabaça.