FleetEurope steps into the limelight 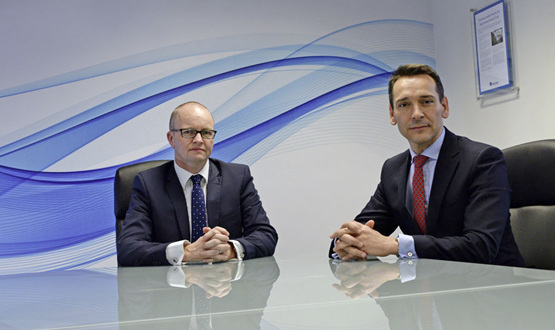 The trend for companies to outsource some or all of their fleet responsibilities to leasing or fleet management partners continues unabated into 2017. Often their rationale varies dependent on size – small companies cannot justify dedicated fleet resource while larger companies want to free up fleet time for strategising; but in other ways they want the same things – better cost control, greater efficiencies, less admin.

Such rich pickings tend to stimulate assertive and public jostling for ascendancy among the main fleet management protagonists. However, one sizeable player has opted to stay largely out of sight. Until now.

FleetEurope was formed in 1992 by current chairman and CEO John Yarroll with then partner Terence Drane. Described by senior board members as “a bit old school”, they focused on establishing and growing the business rather than shouting about their achievements.

Today, FleetEurope has more than 600 customers, primarily in the UK. The ‘Europe’ moniker, according to chief commercial officer Carlos Montero, stemmed from having some outboard rental business abroad.

Post-Brexit, a name change was considered but dropped as the company is developing its rental platform for the mainland and is already in talks with rental providers. “And our customers know who we are,” adds Montero.

So why the decision to raise the profile now? “We feel we have to be more public about the business in order to meet our ambitions for growth,” Montero replies. “We were not doing enough to court more companies.”

Growth is defined by the management team as being “significant” and coming “at a rate of knots”. It is levelled across FleetEurope’s three main business services: rental, fleet management and leasing.

Rental is the largest division, with 600 customers (of which more than 100 were signed in the past nine months alone) ranging from end-users hiring one vehicle a month to blue-chip corporates hiring 30-40 a day.

The model is a traditional broker/intermediary with all the major rental providers, promising access to more than 400,000 vehicles via 1,500 locations, competitive rates and a savings tracker service which monitors customers’ rental spend to highlight potential savings.

FleetEurope’s leasing proposition is via a panel of funders, including four of the FN50 top five, linked to a multi-bid platform for vehicle-by-vehicle quotations.

Quotes can typically involve three or four models on two operating cycles for each company driver and the savings can be substantial, particularly for small- and medium-sized enterprises (SMEs) which have open choice lists.

“SMEs tend to be more flexible on choice – it’s more like a consumer and so there are lots of savings to be made. The key is to match the customer to the right funder,” Montero says. “When we first get a customer they continue to benchmark us until they trust us and the process.”

All service, maintenance and repair (SMR) contracts for the 100 customers, primarily running fleets of 25-100 vehicles, are arranged outside the leasing deal as part of the company’s fleet management service. The price tends to be fixed at a competitive rate for the duration of the contract.

“It also means the driver experience is a better one and a happy driver means a happy customer,” says Montero.

Once vehicle quotes and SMR contracts are agreed, Fleet-Europe’s focus turns to in-life management of costs, such as over-mileage, driver management and fuel efficiency.

The company used to write its own book for the provision of contract hire, but exited a few years ago due to the risk.

Joe Howick, appointed in March 2016 as chief operating officer after almost 20 years at Leasedrive Group, says: “Funding is so commoditised and the cost of money is so cheap that it is hard for us to be competitive with the top five lenders because of their access to funds. So we work with them and wrap our partnerships and service around that.”

FleetEurope’s managed fleet mix is 65% cars, 35% light commercial vehicles but it is seeing the balance starting to shift towards vans as companies move away from outright purchase to leasing.

Montero says the switch to contract hire is a clear trend – for cars as well as vans. However, FleetEurope takes a neutral position on funding: it will manage irrespective of the procurement method.

“Some customers can buy very well,” Montero says. “Their decision comes down to their appetite on risk and we advise accordingly. We can’t have a vested interest; we give the right advice for the right customer.”

FleetEurope seeks to treble the number of vehicles under management from around 1,000 to 3,000 in the next three years. It has identified several opportunities, including pigging-backing new technology such as electric vehicles, quoting apps and driver apps to “help drivers get to our products and services easier which will help companies to manage them” and selling fleet management into existing rental customers.

Howick explains: “We have done a fantastic job of winning rental business but we deal with office managers, PAs and receptionists. We need the finance directors or procurement directors – the people who deal with the fleet. So we are taking an introductory approach to our other products and services.”

Montero says FleetEurope offers “large fleet services to small fleets” giving them access to the same efficiencies. His challenge will be to maintain personal service while growing.

FleetEurope is also looking to win more rental business with the launch of a new recharge service and a new outsourced management solution.

“Damage to hire vehicles is a big issue and we sit in the middle with customers saying they didn’t do it and suppliers saying they did,” Howick says. “We are launching a new product, De-risk, that will save customers a significant amount of time and money. They can opt for an all-inclusive price for a small additional premium so they won’t be charged for any damage priced at less than £500.”

Almost three-quarters of damage charges are below this sum and involve a substantial amount of admin to resolve. The product, introduced in response to customer feedback, could be a “real game-changer for fleets”, claims Howick.

Initial feedback suggests large corporates are just as interested as smaller fleets in the product. It will also link to the recently launched Managing Partner outsourced rental management service which is targeting major organisations.

Under Managing Partner, FleetEurope will sit between the fleet and the rental company handling all rental bookings, validations and invoicing for a management fee. Customers can choose to select certain suppliers or opt for the best price at time of hire.

“We are in talks with several big companies, one of which would save around £1 million over three years net of our management fees,” says Howick.

“The service tends to work best for customers spending more than £3m on rental or ones that have complex requirements, for example construction companies.”

He expects to sign only a handful of customers a year. These will be “selected opportunities” that require a lot of planning and implementation.

The core of the business will remain the smaller fleets which require hands-on management of their operations. FleetEurope makes its money primarily from the services rather than charging a management fee. It’s a point of differentiation with some other fleet management companies, according to Howick.

He adds: “We have big fleet management tools for small- and medium-sized fleets. We save them money and manage their fleets so they can concentrate on their core business.” 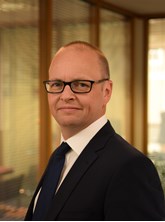