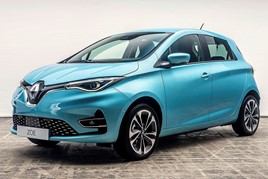 A new way of doing business with small-to-medium enterprises (SMEs), a simplified model range and a raft of new product has equipped Renault to meet fleet needs.

That’s according to Mark Dickens, fleet director at Renault, who was tasked with rebuilding the brand in the fleet sector, in 2014.

Fleet News reported in 2017 how he was putting the manufacturer back on the fleet map by bringing the fleet business under one roof and expanding customer-facing teams.

Now, he says, that groundwork is beginning to pay dividends, especially with its history in electric vehicles (EVs) and its growing plug-in line-up.

Renault launched its first EVs – part of its ZE (Zero Emission) range – in 2011. Pure electric versions of the Fluence and the Kangoo van were quickly followed by its electric supermini, the Zoe, which now accounts for nearly one-in-five electric cars sold in Europe.

“Our experience in EV is an advantage,” says Dickens. “We’ve been building these cars for a number of years now and we’ve learnt a lot during that time.”

With recent fleet director changes at several other manufacturers, Dickens has become one of the longest serving at just five years.

However, he says, the rate of change facing the fleet market is keeping him on his toes. “I don’t think I’ve worked in such a fast-paced job ever,” he says.

Quite a statement, when you consider Dickens, who started his career as an apprentice mechanic at a Ford dealership, built racing cars for Ford and worked in Formula 1.

He explains: “When you look at the things that affect us in terms of legislation in the market, in production, supply and new model changes, I’m learning something new every day.”

It has been a rebuilding process for Dickens over the past five years, having taken the fleet role in the wake of Renault’s model cull.

In December 2011, the French carmaker announced it was restructuring its business. A number of models were pulled from the UK market, including Laguna and Espace, and its dealer network was cut by around a third. 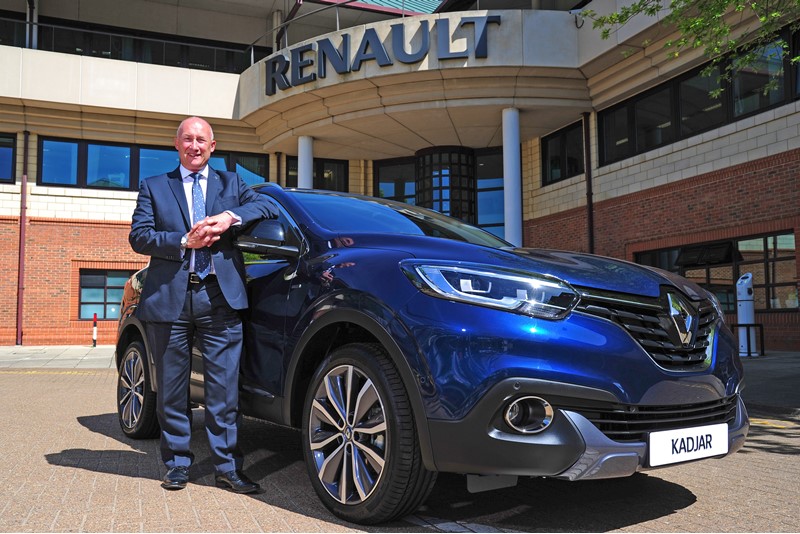 How highly Renault values fleet business was illustrated when Dickens’ role was elevated to board status earlier this year.

“The job is a board position for a good reason,” he says. “Within Renault’s mid-term plan, we had a target for what we would call core fleet and that’s our target going forward.”

The fleet team consists of the following:

*    An eight-strong team working in the regions alongside the manufacturer’s network of 64 Pro+ dealers catering for fleet and business needs.

While there has been no increase in head count, changes have been introduced thanks, in part, to customer feedback.

The team of virtual account managers, focusing on the SME market, are “real people”, stresses Dickens, but they are approaching the sector in a new way.

Using video conference calls to speak to clients, “they can transact with more people, more often than you can do with a person on the road”.

However, not wanting to “lose boots on the ground”, he explains that the number of people out in the field has stayed the same.

“It was a change we introduced as a result of customer feedback,” he says. “Small business operators haven’t got time to sit down for an hour talking about their cars and vans. They want a 10-minute chat and, if they do want to see somebody face-to-face, a member of the team working with our Pro+ network will go to see them.”

In terms of fleet, Dickens also says the appointment of two EV specialists some three years ago is paying dividends. “They have been able to answer that ‘how to?’ question,” he says. “They have been massively important to us and our EV strategy.”

New plug-in cars and vans, with longer pure electric ranges, will also help. New Zoe, which opened for orders this month, has a range of up to 245 miles WLTP, while a hybrid Clio and a plug-in hybrid Captur will be available next year.

For the LCV market, the new, fully-electric Master ZE, which has a real-world driving range of up to 75 miles and can be fully charged in six hours, offers a payload of up to 1,100kg.

A Kangoo ZE concept, unveiled earlier this year, also gives fleets a glimpse of its next generation small electric van.

However, Dickens says the plug-in market has been ramping up for several months now driven by concerns around air quality.

“The guys have been absolutely inundated with enquiries on the back of clean air and ultra-low emission zones,” he says.

However, a growing interest in plug-in vehicles from fleet will not diminish the importance of diesel vehicles to the brand.

“It’s something we will continue to invest in, because there will always be a place for diesel in the market,” he says. “That’s especially true in the LCV market where you need the torque, you need the power, the fuel consumption – diesel is the right fuel type for a lot of these applications.”

In terms of remarketing, Dickens also stresses that there is demand for diesel in the used market. “It’s been strong all year,” he says.

Residual values (RVs) remain a key focus for the business, which have been boosted by as much as 5% thanks to a simplified model range.

There are now three trim levels for cars – Play, Iconic and GT Line – which, Dickens says, will make the range easier for customers to understand.

“From a fleet and business buyer’s perspective, it’s very much the standard car you’re probably interested in, because options are just a nightmare to fund,” he says. “When you’re trying to fit them into a HR bracket it just doesn’t work. But, by reducing the model range and making a lot of options standard spec, it makes the whole process easier.”

Renault is now also applying the same approach to its van line-up, with Sport, Business and Business Plus.

The positive impact on RVs isn’t a lucky coincidence. Renault’s used car strategy is all about “how we can boost the residual value”, asks Dickens.

Currently running at a 93% repatriation rate back into the network, around 85% would be “good” for a manufacturer, he says. Three years ago, it was between 80-85%.

He explains: “Everything we have done to date has brought that rate up and now a poor month would be less than 90%. For us, rental and Motability is strategic; it’s not dirty, cheap, fast and furious volume.”

The used car department sets the sales specification for the rental units Renault will do the following year.

“We’re starting from an RV perspective, which is a real change from how the company used to operate,” Dickens says.