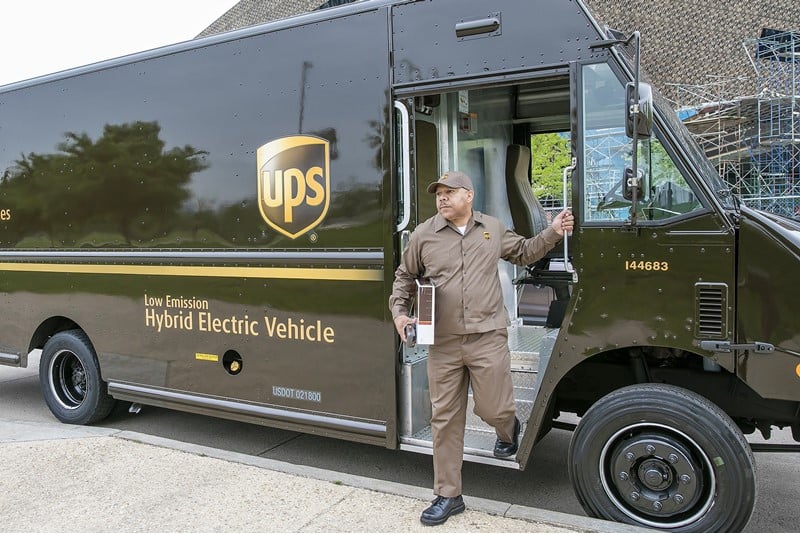 In America, UPS has saved more than 20,000 tonnes of CO2 and used 10 million+ fewer gallons of fuel by minimising the number of left turns its drivers take.

The company introduced a policy in 2004 which saw all drivers routed to make deliveries on the right-hand side of the street for the majority of the day. They are also routed to avoid turning left across thoroughfares to avoid oncoming traffic and delays at traffic signals. Left turns make up less than 10% of all UPS truck turns.

This means their routes are sometimes longer than they have to be, but avoiding turning across oncoming traffic reduces the chances of a collision and cuts delays caused by waiting for a gap on the traffic, which would also waste fuel.

However, UPS does not have a similar policy in Europe. “This is because drivers are not allowed to turn right on red as they are in the US and street grids are not laid out in a pattern that makes making only one type of turn logical, whereas most US cities have a street grid pattern where it does make sense,” says a spokesman.

“That said, we train our drivers in Europe to take the most efficient route possible, but there’s no formal right-hand-turn-only policy.” 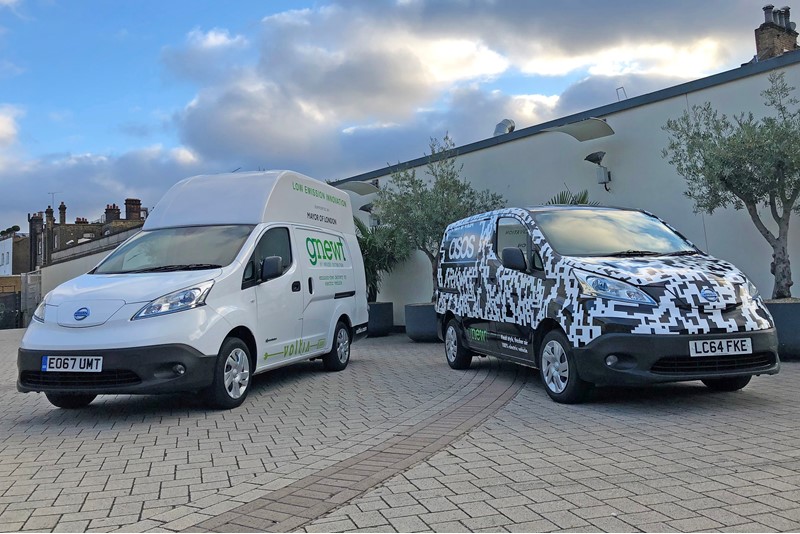 The material is phthalate-free, expected to last for more than a decade and is resistant to damage from fuel spills – not that there are any from the electric vehicles.

A number of Gnewt’s vans have been wrapped with the new material under a deal with Asos, with the wrap featuring the retailer’s signature parcel design and slogan ‘Fresh style, fresher air’ to showcase the efforts the company is making to improve London’s air quality.

The partnership between Asos and Gnewt has now delivered more than 500,000 parcels in Central London, saving more than 80 tonnes of CO2 compared with if the deliveries were made by diesel vans. 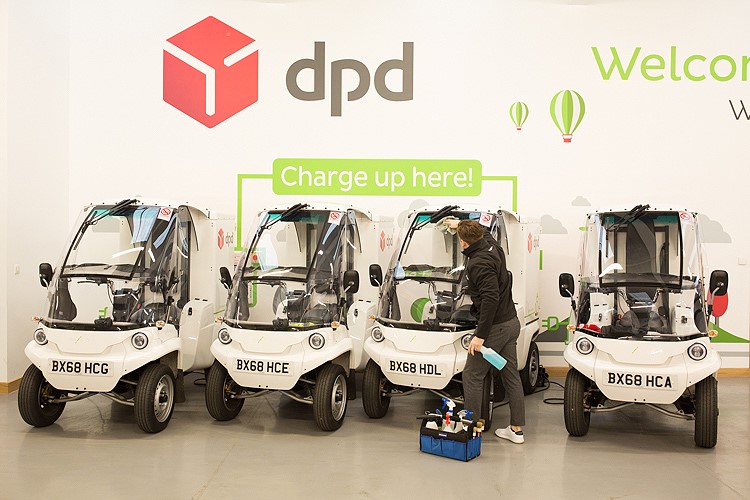 Parcel delivery company DPD has appointed water-free car wash company Dropless in a step to reduce its impact on the environment.

Dropless will be responsible for cleaning the vehicles at DPD’s Westminster depot, which is home to a fleet of electric trucks, vans and micro-vehicles for both incoming parcels and last-mile deliveries.

It uses electric mopeds and bikes to travel to clients’ vehicles and offers a water-free cleaning service which, it claims, can save up to 300 litres of water per vehicle.

Mark Wilkes, director of technical services at DPD, adds: “Our wider aim is to be the most responsible city centre delivery company and that includes looking at our supply chain for innovative and eco-friendly solutions.”