Could V2G turn your fleet into a revenue generator?

Two-way batteries on electric vehicles open up the possibility of fleets selling power back with Vehicle to Grid technology. Jonathan Manning reports

At the start of this year, the Government awarded £30 million to fund 21 different schemes that could transform company vehicles into revenue-generating assets.

The investment in Vehicle-to-Grid (V2G) projects aims to capitalise on the power storage capacity of batteries in electric vehicles. 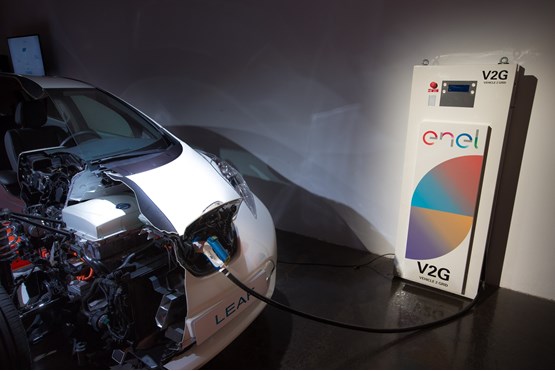 Jesse Norman, Transport Minister, said: “As the number of electric vehicles grows and their battery capabilities increase, there is a huge opportunity for them to make a significant contribution to a smart grid.

"They could revolutionise the ways in which we store and manage electricity.”

By recharging vehicles at cheap, off-peak times, fleets could potentially sell surplus stored electricity back into the grid at peak times, generating a profit.

The opportunity to store electricity will also help to balance the national grid and deliver a shot in the arm for renewable power sources, such as wind and solar, which currently require the back-up of conventional power stations to generate electricity overnight and when there’s no breeze.

Among the 21 projects is a plan by Nissan and power firm Enel to run a V2G scheme with 100 Leaf and e-NV200 electric vans.

READ MORE: Dirty vehicle exhausts: a common crisis with a variety of solutions

The two companies said V2G technology could help overcome the drain on the grid caused by the ever-growing number of electric vehicles.

The National Grid’s Future Energy team predicts there could be up to 700,000 electric vehicles in 2020 requiring an extra 500MW of energy.

"Yet it could also be challenging if we don’t plan ahead to understand precisely what effect this new technology will have on the electricity system.

"That’s why we support innovative technologies and pioneering projects such as this one that have the potential to make a real difference to the way we manage energy supply and demand.”

Paul Willcox, chairman of Nissan Europe, described Nissan’s EVs as “the mobile energy hubs of the future, pioneering a self-sustaining energy infrastructure that will help solve the capacity issues of the future”.

V2G systems depend on faster chargepoints than the trickle chargers at domestic addresses, and operate both ways.

Their ‘intelligence’ arises from their ability to charge batteries at times of low demand, take electricity from vehicle batteries at peak times, and still ensure there is sufficient power left for the driver’s needs.

Ian Cameron, head of innovation at UK Power Networks, one of the partners in another V2G project, says: “Electric vehicles are, effectively, energy sources on wheels.

"There are tremendous opportunities to explore how electricity networks can use any spare capacity in those batteries to benefit our customers.

“In the future, you could use your car battery to power your house or earn money by selling its spare energy back into the network at peak times, and all of this while ensuring you have enough energy for your next day’s commute.” 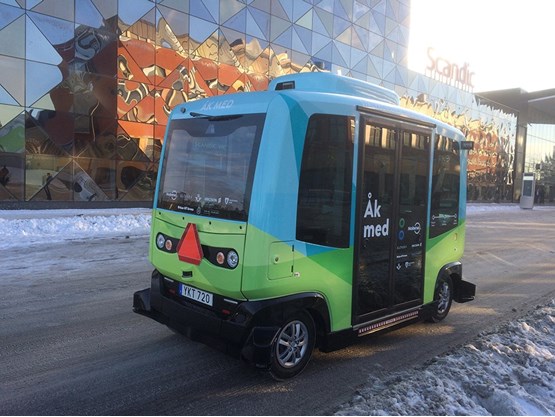 Germany is planning a bold trial to meet EU air quality targets by making public transport free in five cities, among them Bonn, Essen and Mannheim.

A report by Agence France Presse said the country’s Environment Minister, Barbara Hendricks, had written to EU Environment Commissioner Karmenu Vella, saying: “We are considering public transport free of charge in order to reduce the number of private cars.”

Self-driving shuttle buses have started to carry passengers for free in the business district of Stockholm, the Swedish capital.

The autonomous vehicles are capable of carrying 11 people, and are sharing the road with other vehicles, cyclists and pedestrians. Partners in the trial include tech giant Ericsson.

The London Assembly Transport Committee has called on the city’s mayor, Sadiq Khan, to prepare London for freight delivery by drones (airborne) and droids (ground-based).

The committee also wants to see dockless cycle hire and on-demand buses summoned by an app.

A screen of ivy grown along the perimeter of a primary school playground in the London Borough of Enfield Green cut nitrogen dioxide levels by 22% for the school children.

Unfortunately, NOx levels were still above target levels in the playground.