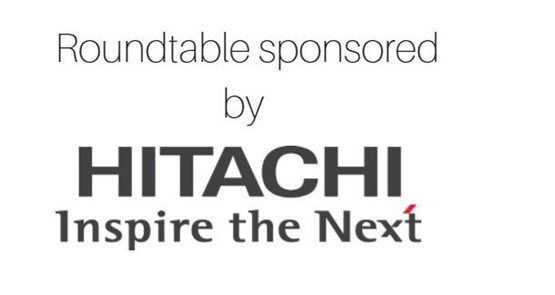 Fleet operators are struggling to find a cost-effective alternative to diesel as increasing taxation and environmental concerns dissuade businesses from using the popular fuel.

An all-electric future doesn’t appear to be an easy transition though, with many delegates at the latest Fleet News roundtable, sponsored by Hitachi Capital Vehicle Solutions, raising concerns over charging infrastructure.

Developments in autonomous driving are welcomed in the form of assistance systems but fully autonomous vehicles still concern fleet operators. 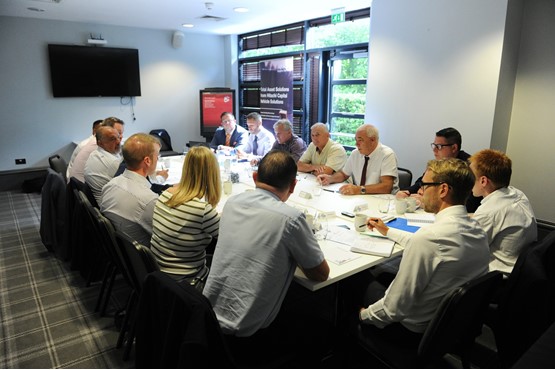 Fleet News: Is your fleet ready to adopt electric vehicles?

David Fisher, fleet manager, Rexel UK: The Government is trying to get people into electric vehicles, but the driver still pays the same tax as they would on a petrol or diesel car and that doesn’t change for two years. What is the point in having one now, you might as well wait two years.

Graham Telfer, fleet manager, Gateshead Council: Ten years ago there were no electric vehicles. Manufacturers should be commended for the product that they have delivered in this time. The development they have made on EVs since then has been huge – we’ve seen a sea change.

The Achilles heel is charging: how do you get on it? Have you got the right card? Does the car socket fit the charger?

The product is quality now – the problem is on the street, we need a universal billing infrastructure and charge points.

Jacob Telemacque, fleet manager, Kings Security Systems: If the Government does invest in the infrastructure then a lot more users will take electric vehicles. I think that will result in more people using the infrastructure and one of my main KPIs is downtime. It’s about assessing how it’s going to affect your business from an operational standpoint.

Liam Farrar, fleet manager, Wakefield District Housing: We found the infrastructure was one problem, but accident management was also an issue. It’s difficult to find a company to tow an electric vehicle.

Technology has moved on from the manufacturer, but not the rest of the industry. We have incidents, if I get 50 electric cars, I’ll need another agreement, probably another accident management company and another recovery company. There aren’t many companies that specialise in it, so you pay a premium. It’s things like that where I don’t think things are going at an equal pace.

FN: Is there a pressure to switch to electric?

Stuart Wiseman, group fleet manager, Nationwide Window Cleaning: We are being pushed into it by our clients. They all want (us to use) electric vehicles. Some 25% of my fleet works in central London, so I don’t have a choice. If I go with diesel the costs are mounting, but our clients are saying they don’t want diesel engines. The whole thing is challenging for me, it is a nightmare at the moment.

FN: What are the alternatives to help lower emissions?

Graham Telfer: There is a place for electric vehicles but the petrol technology has advanced over the past few years. You would never had achieved 60mpg from a petrol engine 10 years ago.

You can buy a Euro 6 petrol van for eight grand which meets everything, all of the emissions restrictions. An electric vehicle is 30 grand. It’s a huge uplift to justify.

David Fisher: Most of the electric cars with a suitable range are only going to fit in the banding for a director because they are so much more expensive. Hybrids are a nice tax break for the next few years.

Graham Telfer: Why would you want to charge a plug-in hybrid for 40 minutes when you can just put fuel in and drive off? People aren’t using them correctly.

David Fisher: Hybrids have been popular for us. Plug-in makes up 65% of our order bank and petrol hybrid a further 23%. Drivers are just looking for the lowest tax bill.

Eric Bristow, fleet manager, NIC Services Group: We have three hybrids on fleet, they are all benefit-in-kind (BIK) driven.

FN: Have you looked at any other fuel types?

David Fisher: Hydrogen definitely has a place, especially for bigger vehicles. Electric just doesn’t cut it when you get to 3.5 tonnes.

Paul Taylor, fleet manager, Morgan Sindall: As soon as you go above a two-tonne van the options become fewer and fewer. Once we look above 32-tonne it’s diesel – that is it.

Scott Millar, fleet and workshops manager, Edinburgh City Council: Truck manufacturers are saying they are waiting for direction before making any major investment in a particular technology. If they want to build an electric truck they need a new production facility.

Graham Telfer: Hydrogen is a great thing, but it’s a million miles away from absolute development.

FN: What do you think about the developments in autonomous driving technologies?

Graham Telfer: Its difficult enough to join the motorway today, to put five 40-tonne trucks in a line and expect them to not get cut up is crazy.

David Fisher: If everyone has one then it could work. The problem is when drivers are sharing the road with autonomous vehicles – it will always be a person who creates the issues. We need to answer the question of whether people need to own a car if we reach the point where everyone has one.

Paul Taylor: It’s that massive mix of vehicles on the road that will be the issue – we won’t switch to autonomous overnight.

Graham Telfer: Lane-keep assistance and autonomous braking are excellent, concentrating on that type of control system should be the focus. It helps reduce accidents.

David Fisher: Personal injury is always the worst aspect of any accident recharges so any technology to mitigate that should help reduce costs.

FN: What else are you doing to reduce accidents?

Jacob Telemacque: We employed dashcams across the entire fleet. It was a big investment for us but we achieved a 30% reduction in accidents last year, with at-fault accidents down by 9%.

We also introduced driver risk profiling. The aim is to define any weaknesses in a driver’s skills to help keep them safe on the road.

For fault accidents, we introduced a £1,000 excess that the driver has to pay. Last year we recovered more than £40,000.

Tracy Barker, fleet manager Nobia UK: We are still in the early stages of introducing risk profiling. Initially we are going to go through the route of the online training modules. The difficult thing is the cost of half a day out the business.

Mick Farmer: Telematics data is important. We are using it to identify our worst drivers and those are the ones that are targeted with management intervention.

FN: Do you feel the need for telematics in your own vehicle?

Jacob Telemacque: I think if we expect engineers to have trackers then senior managers should, too. Only the engineers have them, but I’ve got one fitted because I think you have to lead by example.

Stuart Wiseman: I’ve got it. It has changed my driving style.

David Fisher: We’ve pushed for it in all the vehicles but the senior managers don’t want it in the cars.

Paul Taylor: We’ve recovered three stolen vehicles in the past 12 months using telematics. It is also an excellent tool for mileage capture.

Fleets operate a wide range of options when it comes to managing risk, from driver training to connected cameras