Registrations of plug-in electric vehicles have consistently hit record highs this year, with many organisations keen to adopt them for cost and environmental reasons.

The latest Society of Motor Manufacturers and Traders (SMMT) figures show that this year up to the end of September, 44,854 were registered, 22% up on the same period in 2017.

This has been driven largely through lower costs for employers and employees, as well as improvements in vehicle capability and availability.

However, issues still remain over their suitability for many fleet roles and the EV charging infrastructure.

These were among the topics debated at a recent roundtable, sponsored by Shell, which took place at Oulton Hall Hotel, Leeds. 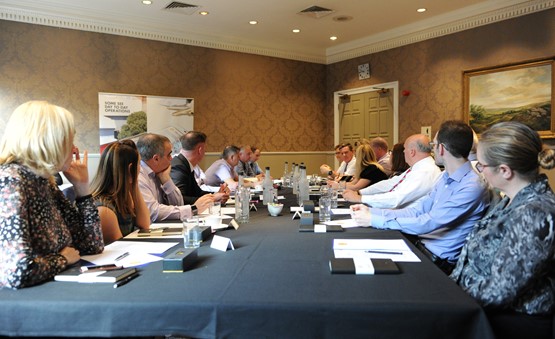 Fleet News: What issues are you finding through introducing electrified vehicles on to your fleets?

Steve Wormald, finance director, Whitby Seafoods: Thirty-one of our 50 vehicles are hybrid or electric now and people have done it because of the lower benefit-in-kind (BIK) tax.

The company wins because of the first year allowances etc., but with the BIK taxes scaling up and becoming closer to petrol cars, and with hybrids costing about £10,000 more than the equivalent petrol model, small fleets will start moving back in four or five years’ time.

We give the driver a choice and if they don’t see that they will have more cash in their pockets, they are going to choose a petrol car because it will save them money. The electric vehicle charging infrastructure is also terrible.

Steven Openshaw, group fleet and transport manager, Eric Wright Group: I’ve been driving electric vehicles for six years. The way I looked at it was that it was going to save me a fortune, but I could also pilot the technology and show our drivers that they could live with EVs.

You need to have an EV champion, or a few EV champions, in your company who use them and they can talk to other drivers about their experiences.

Damion Bennett, fleet manager, GE Global Operations: Before you implement an electric vehicle strategy you need to make sure you’ve thought about what you’re getting yourself into.

Samantha Ryall, purchasing manager, B Braun Medical (below): We are right at the start of introducing electric cars. We will get some demonstrators in for drivers to try, but a big concern of ours is the driver behaviour.

We know drivers are going to choose the car for the lower BIK tax, but if they don’t charge the cars that could actually increase our fuel cost (on hybrids). We need to look at how we can incorporate charging into a strategy. 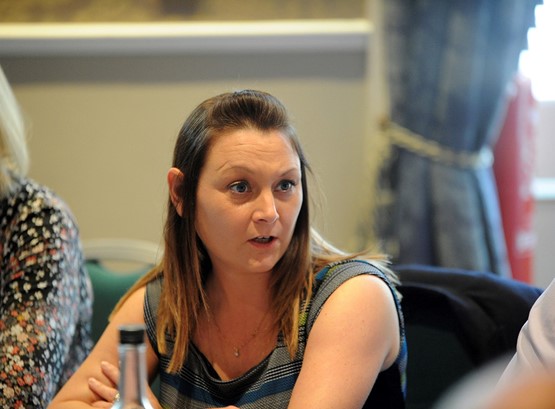 Steven Openshaw: For me, the biggest point here is the fully funded driver who gets a fuel card so it doesn’t matter if they charge up or not because they will get all their fuel paid for.

Our car drivers are on a pay and reclaim system and that makes them drive more economically. They put a business mileage claim in and we pay them at the Government’s advisory fuel rates for the equivalent petrol engine.

If they want to flog the car and burn through fuel they are just going to hit themselves in the pocket, but if they drive economically they are either going to break even or possibly be in credit.

FN: Is anyone finding that drivers are taking the cash option instead of a company car?

Damion Bennett: We found a lot of our perk drivers are saying that they can’t get the same benefit from having a car as they used to and it is getting very expensive for them.

We are trying to come up with alternative solutions like affinity schemes. We don’t see many of the perk drivers re-ordering in the next couple of years.

That may change post 2020, but right now it’s too expensive for them, especially for those where it is not the main family car or they are not doing a lot of mileage.

Caroline Newton, European fleet specialist, Smith & Nephew: We have a couple of hundred perk car drivers and we’ve removed the option of cars to them this year. They’ll go to cash at the end of their contracts.

Paul Tate, commodity manager, Siemens: We offered our perk drivers the option to take the cash or a car, but if they took the car it had to be an ultra-low emission vehicle (ULEV).

We did that because if you go for anything with CO2 of 75g/km or above then you enter into the new OpRA financing regulations where the employee gets taxed on whichever is the greater of the cash sum sacrificed or the BIK tax for the car.

You also have the complications of trying to explain to the employee why their tax bill has gone up one year, down the next and then up again, and it is just something you don’t need.

If you stop at ULEV or cash for perk drivers and contract hire for anyone else, that removes that complexity.

Steven Openshaw: We made it so whichever option our drivers took, it would be cash-neutral for us.

FN: What impact has the move towards mobility had on your fleet operation?

Damion Bennett: Historically, fleet has always been separate from the travel team, but the business is going through a restructure and, as part of the revised strategy, we are grouping the teams together.

We will have a combined travel and fleet sourcing team and a travel and fleet operations team. We will be combining trains, planes, cars, hotels, rental – everything. It is early days and there are still a lot of considerations, but it will be a mobility team in the future.

Janet Banks, senior commercial manager, HMRC: What you need is a combined tool so for mobility you put your journey in and it combines vehicles and trains to give you the best mobility solution.

Paul Tate: I think the success of a mobility solution will be regionalised. Places like London will be prime for it: if you are living in London you will probably be working in London, the transport infrastructure is there, it is reliable and easy to get around.

If you are looking at offering a mobility solution to someone who lives in a rural area then it is more of a challenge. For example, it would probably take me two-and-a-half hours on a bus or train to get from home to where I work in Manchester, but only 30 minutes if I went by car.

Steven Openshaw (below): In Britain we don’t have the public network infrastructure and until we get that, the mobility thing won’t work. 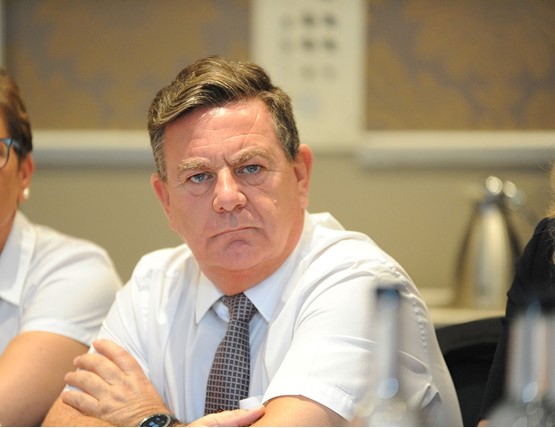 Paul Tate: Cities will be in a different league for mobility. We have got 50 members of staff in London who have got a budget because they don’t want a car as there’s nowhere to park.

Damion Bennett: If you think about a traditional company car driver, like an engineer, asking them to pick up a car using a ‘mobility’ card would not be suitable because of the equipment they carry.

FN: Does anybody use car clubs or have a corporate car sharing scheme?

Claire Richardson, fleet manager, B Braun Medical: We have three AlphaCity corporate car sharing scheme cars for non-company car drivers to use to save on rental or having pool cars.

Drivers need to have a membership card and can use an online booking system to reserve a car. That works really well and has enabled us to get rid of all our spare cars.

Paul Tate: The only concern I’ve got in relation to car shares and multiple users is the duty of care as an employer. You don’t have to only weigh up the financial benefit of having these vehicle shares, but you also have to consider who else is using them and how.

Can you control that, and what is the state of the vehicle when your employee gets into it?

Delegates at the recent Fleet News roundtable concluded, ‘be sure to compare yourself with organisations that have similar ways of working’. By Andrew Ryan