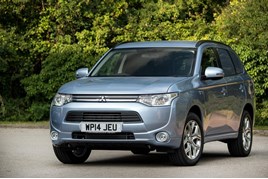 Format wars aren’t a new phenomenon. The 1980s saw VHS versus Betamax, and the 1990s brought CD versus mini-disc, to name but two.

In both cases, a clear winner emerged and the unsuccessful rival disappeared into obscurity.

However, at the moment, at least, the public electric vehicle charging market is a little more complicated.

Multiple socket systems exist, each compatible with a different range of electric vehicles.

The complexity of the situation grows further when you factor in that you can have a different type of plug at each end of the cable.

“There is no commonality between the plugs fitted to electric vehicles, meaning that drivers could arrive at a charging point and find they don’t have an adapter to enable recharging to proceed,” says John Pryor, chairman of fleet operators’ association ACFO.

There are three main types of connector: J1772, ‘Type 2 Mennekes’, and CCS (combined charging system). A driver is reliant on the plug compatible with their car being available, or using a converter cable to connect to a different  type of socket.

Such a cable is available for J1772 sockets, which allows connection to a Type 2 Mennekes socket, while several older charging points are still natively compatible with this type  of plug.

In 2014, however, the European Union agreed that the Type 2 Mennekes socket would become the standard throughout Europe. While that will simplify vehicle recharging in the future, popular models such as the Nissan Leaf and the Outlander PHEV use older socket types to recharge.

The CCS socket offers faster charging, where available, but is compatible with Type 2 Mennekes.

Throw the subscription-based networks that these charging points operate on into the mix, and it’s easy to see how those looking to take on an electric vehicle can become overwhelmed. Fleets have also complained about chargers not working, especially in London.

“There is confusion over the type of charging points available – ‘standard’, ‘fast’ and ‘rapid’ – and how drivers will pay for the electricity: pay-as-you-go, which is how charge points funded by the government operate, or via a membership scheme if a charge point is provided by a commercial operator,” adds Pryor.

The UK electric vehicle landscape is starting to head towards some form of commonality: if vehicles don’t have a Mennekes plug, at least now a conversion cable is generally available to drivers.

Pryor adds: “Until there is commonality across recharging point systems and vehicle technology, and there is a viable UK-wide charging infrastructure, in which fleet managers and company car and van drivers can have total confidence, widespread adoption of plug-in vehicles by fleets is unlikely to take off.”

The majority of electric vehicles on the UK market today can be charged at home, using nothing more than a standard three-pin plug socket. The car comes supplied with a cable, including transformer, which is plugged in at both ends. This will be a slow, 13-amp charge, but should be capable of charging a car from empty to full capacity overnight.

Several charge point suppliers, including British Gas, Chargemaster and Pod Point, also offer the installation of subsidised, more powerful home charging facilities under a Government grant scheme. These professionally-installed, self-contained units are able to charge the vehicle at a faster rate than a standard wall socket.

They also, like the majority of public charging points, include a fixed connector – so you only need to plug the cable into the car.

Many of the UK’s electric vehicle charging points operate as part of a network. In the main, access to these networks is through the use of a near field (RFID) card, similar to the type used to gain access to a hotel room.

There are four main networks, and each requires its own swipe card – although some charging points allow activation through a mobile app.

Several of these smaller networks have now either merged into larger networks or have swipe cards that will allow access to charging points in other regions.

The charging map available on the Fleet News website (see details below) lets you look up which connections are available at each charging point.

Originally launched in 2010 as the north east’s Plugged-in Places grant-funded scheme, Charge Your Car now operates nationally – although there are some regions with notable gaps in coverage. The scheme operates on a pay-as-you-go basis, with a top-up account linked to your card or app. Many points are free to use, but some will make a charge. This card also allows access to the Ecotricity motorway charging network.

Cost: £20 annual cost for card. Pay-as-you-go access to charging points – some free, some up to £5 for use of rapid chargers.

Pod Point’s network includes around 1,000 free points of its own, generally located at business premises. Users also benefit from some crossover compatibility onto the Chargemaster Polar network. Drivers can connect using a free app, with a free RFID card available after the account has been topped up.

Electricity provider Ecotricity operates a free network of fast chargers at motorway and A-road service stations. These units include multiple cables so the majority of electric vehicles can connect. However, only one vehicle can be charged by each unit at a time, even if the cable you require is not in use. Some service stations with higher demand have now installed multiple charging units.

Access cards for several of the regional schemes, along with the Charge Your Car network, will also allow use of Ecotricity points.

The Tesla network is only compatible with Tesla vehicles. There are 22 of the company’s fast chargers in the UK at present, and they allow the vehicle to add 170 miles of range within 30 minutes.