While grey fleet mileage is often unavoidable, there are many ways a company can reduce its risk and cost. Andrew Ryan reports.

The best way to tackle the risk and cost implications of grey fleet mileage is to eliminate it altogether.

Many organisations are investing in video- and tele-conferencing facilities, which means employees often do not need to travel.

However, there are still many occasions when an employee who does not have a company vehicle does need to make a business journey.

“I don’t think you will ever eliminate all grey fleet mileage,” says Chris Endacott, owner of sustainable transport consultancy Gfleet.

“For example, you may have an employee who takes their car a couple of miles to the railway station at 5am to catch a train to attend a meeting.

“You wouldn’t want them taking a pool car home in the evening to do that, because that pool car will sit at the station all day, so there will always be a role for the grey fleet.

“It is just a question of finding the best alternative for the job to keep grey fleet mileage to a minimum.”

Here we look at seven ways a company can improve its grey fleet operation.

For short journeys, and particularly in urban areas where traffic and parking could be an issue, employees can be encouraged to walk or cycle instead of using a grey fleet vehicle.

This also promotes health and well-being to staff, contributes to air quality by reducing vehicle emissions and congestion, and cuts costs involved in travel and parking.

Gateshead Council promotes walking as an ideal form of travel between council facilities.

It provides information to employees outlining the mental health and wellbeing benefits of walking, as well as promoting the fact that walking is a cost- and carbon-neutral activity.

The council also encourages employees to use an app that enables them to plan their walking route between two destinations, and gives information on journey time, calorie burn, step count and carbon saving.

Car clubs and corporate car-sharing schemes offer immediate access to a vehicle for any period of time from an hour to a whole day.

In a car club, vehicles are typically parked in designated areas and are available for use by both the public and organisations.

Corporate car sharing sees a dedicated fleet of cars or vans installed by a rental company on an organisation’s car park for the shared use of employees.

Under both schemes, employees can book the vehicles at any time using a number of different channels such as phone, internet or apps.

The vehicles are normally accessed either by entering a code on a windscreen keypad or by using a swipe card.

Salford City Council introduced a Co-Wheels car club as part of a green travel plan a little more than two years ago and this has helped it cut grey fleet mileage by 95% and save £400,000.

Co-Wheels provides a fleet of 39 cars at 13 sites across the city, including eight electric vehicles.

“They are used by council staff during the day for business travel and are then available for residents to hire during evenings and weekends,” says John Ferguson, lead member for workforce and industrial relations at Salford City Council.

“We have also trialled eight pool bikes for staff who want to cycle to meetings which may become permanent and staff can get pre-paid bus tickets for business travel.

“When we launched the plan, staff were travelling 1.7 million miles a year on business – that’s the equivalent of 40 times round the earth every year.

Public transport can be a viable alternative to grey fleet where good transport links exist, but bus and train services vary considerably by geographic area.

This tends to favour organisations in urban centres:
staff travel surveys carried out by Aylesbury Vale District Council found the most common reason staff didn’t use public transport for their journeys was because there was no train station available near their destination.

However, where public transport links are suitable, many organisations develop partnerships with train or bus companies to offer discounted tickets to encourage their staff to use public transport.

For example, the London Borough of Croydon has implemented corporate Oyster cards for staff, while Aviva has a train ticket machine on site.

“We work actively with Trainline and some of the train operating companies to make it easy for staff,” says Ryan Coles, group travel and fleet manager at Aviva.

Introducing a pool car fleet – typically owned or leased cars based on an organisation’s sites for use by employees – played a critical role in Sussex NHS Foundation Trust cutting its grey fleet mileage by 30%.

When the organisation started tracking grey fleet mileage in 2012/13, it found it amounted to six million miles a year at a cost of £3 million.

To address this it created a travel bureau, promoting it as a one-stop shop for anyone who does business mileage and wanted to change the way they travelled.

A key part of this was the introduction of a pool car fleet. “We managed to knock a million miles off our business mileage from one year to the next – a 16% reduction at the time,” says Jim Thomas, head of transport and logistics at Sussex NHS Foundation Trust.

The pool car fleet has grown in response to demand: two years ago the Trust operated 16 pool cars, now it has 28 low emission vehicles, including an electric car, spread throughout its 65 sites.

The schemes work by allowing employees to sacrifice a proportion of their pre-tax salary in return for a car.

“As well as being a benefit to our staff, it also meant that if staff were taking on those cars, then those cars come fully serviced and maintained and with business insurance as well, so we were getting a better quality of car coming on site with lower CO2 emissions,” says David Malone, Newcastle Hospitals’ green transport and staff benefits advisor. “There are lots of benefits around that.

“Knowing that our staff are in a salary sacrifice car gives us a lot more confidence about their safety.”

The trust’s salary sacrifice scheme is open to all of its 15,000 staff, with around 1,300 currently taking part in the initiative.

The organisation also has a business lease car scheme through Tusker, which staff who do more than 3,500 business miles a year have to go in. It currently has 200 people in this scheme.

A company or lease car becomes a cost-effective option for high-mileage grey fleet users, particularly those who travel more than 10,000 miles per year.

Other benefits for the employer are fixed vehicle costs for the term of the lease, particularly if a maintenance package is included, and reduced vehicle administration.

As the company car will typically be newer than the grey fleet vehicle it replaces, it should also be safer and have lower CO2 emissions.

Any employee at Computacenter who is reimbursed for more than 8,000 grey fleet miles in a year will trigger a car eligibility review.

“It’s very much based on economics,” says Keith Cook, deputy financial controller at Computacenter. “If you are doing 8,000 miles on AMAP rates, it is much cheaper for us, as an organisation, to put somebody into a business car.

“Crossing the 8,000 miles doesn’t necessarily trigger permanent eligibility, but it might mean we put the driver into a short-term contract or a year’s mini-lease.

“Also, once an employee is doing 8,000-10,000 miles they have got higher exposure to being involved in an accident. Therefore we would like to put them into a car we have greater control of.”

However, before moving a grey fleet driver into a company car scheme, the organisation should research lease rates and use wholelife cost calculations to ensure the switch is cost-efficient.

Certain grey fleet journey profiles fit very well with daily rental. However, management is required and suppliers will work with clients to agree the most appropriate solution.

Chris Endacott, owner of sustainable travel consultancy Gfleet, says: “Certainly most local authorities and the NHS have access to fairly cost-effective daily rental rates, specifically around £18 to £20 a day for a Ford Fiesta-sized car.

“If you take the 45p per mile (ppm) AMAP rate you would be paying for an employee taking a grey fleet car and you take off the amount it costs you to fuel the rental car, you are probably left with a 30-33ppm saving. If you divide that into the cost of the car for a day that will give you your breakeven point.

“For many organisations that could be between 50 to 70 miles a day, so the first rule should be that for any journey over that threshold, take a hire car.”

For organisations which also use either a car club or pool car fleet, ensuring that an employee takes a daily rental car for an all-day appointment rather than one of the other vehicles ensures the car club or pool vehicle is still available for use by other members of staff.

Computacenter uses a guide that shows its drivers where the crossover point is in terms of cost to use their own car versus a hire car.

“Where it is cheaper, we encourage them to use a hire car,” says Keith Cook, deputy financial controller at Computacenter.

“Where I would put a question mark is that I am taking them out of a car they are very comfortable driving every single day, and they know where all the controls are, and into a car which may have more distractions such as a sat-nav and that they are a lot less familiar with.” 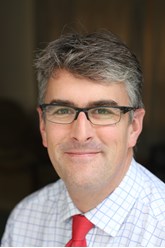