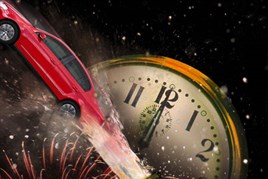 Drivers are key to longevity

Geoffrey Bray, founder of Fleet Support Group, which marks its 25th year in 2012, says the company practices what it preaches.

He drives a four-year-old company car and has only had four such vehicles in the organisation’s history.

His wife and managing director Ina Bray drives a seven-year-old car and son and sales director Marcus a six-year-old vehicle.

Bray says: “Manufacturers have performed a superb job in improving vehicle build quality and, in many cases, vehicle warranties have been increased to reflect that.”

But with lengthening service intervals, cars and vans must be looked after by drivers.

He adds: “If drivers are educated to treat their company car and van as though it was their own, and ensure SMR work is carried out in accordance with best practice and manufacturer schedules then there is no reason for vehicles to be replaced at three or four years old.”

“We need to get the juice out of the orange...”

This delicate balancing act means getting maximum return on the force’s investment in its 637 vehicle fleet, which has multiple replacement cycles depending on a vehicle’s role.

A recent deal with Hyundai has enabled him to extend the replacement cycle on some cars from 100,000 miles or four years (whichever is sooner) to 110,000 miles or five years, under the protection of the manufacturer’s five-year warranty.

He says: “It means that over a 10-year period, I will only need two cars instead of three.”

Larger vehicles, with high replacement costs, may be refurbished rather than replaced.

For example, an eight-year-old police support unit vehicle costs £65,000 to replace but can be kept on the road for three more years with a £4,000 refurbishment.

Heussi says: “Vehicles can just cope with the mileages better nowadays, so we were able to extend the replacement cycles. We have to account for every penny, so although I plan for three years ahead, I look at month-by-month statistics, including swapping vehicles to even up their mileage patterns.

“Even light bars last longer as they use LEDs, so cars and equipment are getting better and more reliable than ever.

“We have a high utilisation fleet and we need to justify our vehicles.

As part of our fleet review, we look at extremes of mileage because you just can’t have vehicles sitting around doing nothing.

"All police fleets will be thinking that way.”