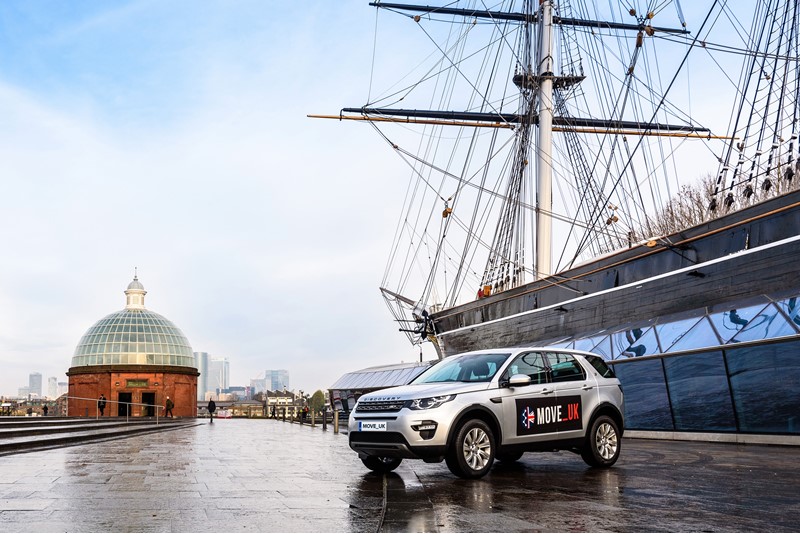 Fleet vehicle drivers with London’s Royal Borough of Greenwich have played a key role in a project which aims to accelerate the development of automated driving technologies.

These were fitted with cameras and advanced sensors to give a 360-degree view around the cars, allowing them to record video and gather information on the behaviour of surrounding vehicles.

This data, says Move UK, will be fundamental to speed up the development of safe automated driving features, as well as fully autonomous vehicles.

“There is a danger autonomous vehicles could be overly cautious,” says Simon Morley, lead project manager for Move UK.

“If they are like that in reality and they are just sitting at a roundabout not going anywhere, the public just won’t take to them and public acceptance is a massive part in moving forward in this area.

“We need to make sure they do detect the kind of driving a normal driver would expect to see from these systems, and that is the information we have got from this project.”

Move UK recorded more than 8,500 hours of driving during the three years, says Jolyon Carroll, head of automated vehicles, at TRL, one of seven partners taking part in the Bosch-led project (see panel on facing page).

“Statistics show that an average driver drives their car for 140 hours each year, so we’ve got the equivalent of 60 years’ worth of data from this project,” he says.

The consortium used a ‘connected validation’ methodology to limit the amount of information collected by just recording data from the most relevant events, such as harsh braking and vehicles changing lanes in front of the Move UK cars.

This meant the 8,500 hours of driving could be distilled into just 450 short driving sequences where on-board systems detected a potential hazard. Of these incidents, just 25 were classed as ‘critical’ braking situations where autonomous emergency braking (AEB) systems would have been activated.

“Each of the sequences was recorded from 15 seconds before the event and five seconds after, so from 8,500 hours of footage we’ve got two-and-a-half hours of video which has reduced the amount of data we have to consider by more than 3,000 times,” says Carroll.

“When we broke down those events in more detail, we found that about one-third of them were because a driver was responding and trying to avoid an impact.”

The ability to limit the information analysed will significantly reduce the time taken to process the data, as well as – ultimately – bring roadworthy autonomous driving technology to market.

The ability to gather test data from real-word driving situations will also provide a comprehensive picture of what autonomous technology will have to deal with on public roads, according to Richard Cuerden, academy director at TRL.

“There is only so much testing you can do on a test track,” he says.

“An example is where a pedestrian would come across the front of a vehicle.

“You could test that scenario on a test track where the person walks in a straight line, but in the real world the pedestrian might not be as obliging. They might come at you diagon-ally, walk towards you, or come from a blindspot behind a vehicle.

“One of the classic challenges is how does an automated vehicle merge into traffic? Usually, there would be some human interaction between drivers such as a nod to know that you were being let in.

“It’s quite difficult for an autonomous vehicle to do that. If you are collecting that data in the real world you start to understand how you can manage those scenarios better.”

Connectivity should provide the solution, with two AVs ‘talking’ to each other to allow merging.

Another advantage of using real-world driving data is potential hazards and situations can be quickly identified and used in the development of autonomous technology.

“We don’t have to wait for collisions to happen to define a test, we can collect the data, we can see what goes wrong or nearly goes wrong from maybe just a few incidents and do something about it,” adds Cuerden.

“If you wait until enough people are run over to get the statistical power to define a test, you’ve got to run over a lot of people – hundreds or thousands.

“We don’t want to do that We can use this type of technology and this sort of monitoring to learn much quicker.”

Morley says the connected validation methodology used during the trial will now be used by Jaguar Land Rover (JLR) and Bosch to develop autonomous technologies, while it is also possible it could also be used to monitor the safety performance of systems fitted to end-user vehicles.

Bosch plans to use the 25 critical event video sequences to validate the next AEB it is developing, while JLR has indicated it will use the data to help ensure their driver assistance systems behave in a “natural way”.

It has been funded by its seven consortium partners together with £3.4m from the Government’s £100m Intelligent Mobility fund.

These are the consortium partners and their roles in the project:

* The Floow – telematics tracking of vehicles (to build up data for assessing insurance risk) and provision of background geospatial, behavioural and risk data.