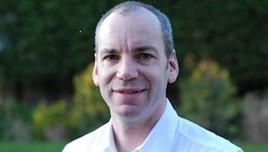 The exciting figures reported alongside suggest the BIK policy changes have had a major, positive impact on electric vehicle (EV) orders. The fleet and company car sector now looks set to be one of the primary drivers of electrification and ultra-low emission vehicle (ULEV) uptake.

After the past three years, when the tax benefits of driving a ULEV as a company car have been dramatically eroded, we’ve known for some time that April 2020 would bring a dramatic drop to company car tax (CCT) for electric and longer-range PHEVs but, throughout that time, the spectre of how WLTP figures would be incorporated has loomed large.

With confirmation in July of the CCT rate until 2023 and of the treatment of WLTP, clarity has finally emerged and companies and drivers can now much more accurately assess the costs of their vehicle ownership over the next three years at least.

Fleets and businesses account for more than 55% of new car sales and, ever since 2002 when CO2-related CCT was introduced (at 15% for cars less than 165g/km), the company car sector has been sensitive to tax signals relating to lower carbon vehicle solutions.

In fact, since 2010, average monthly fleet car CO2 has consistently (with one brief exception) been lower than that of private cars. However, with the CCT rate rising to 16% for all ULEVs including pure electric vehicles this year, we had seen a slowdown in ULEV registrations to below 2% of the total market.

The products emerging with both low CO2 and impressive range are now based on more realistic WLTP figures. With a 50-mile range PHEV (like the newly announced BMW X5) dropping from 16% to 8% CCT in 2020, coupled with a raft of new electric vehicle products now coming through, I’m confident the whole ULEV market will see a dramatic shift over the next six months.

The manufacturers, moreover, have a powerful incentive to increase sales of ULEVs (likely to be mostly EVs) as, Europe-wide, new car CO2 regulations come into effect from 2020 which include ‘super-credits’ for sales of vehicles producing less than 50g/km CO2, enabling carmakers to avoid potential fines.

For the LowCVP, this sales surge can’t come soon enough, enabling the market to reach a critical ‘tipping point’ and, crucially, to begin to unlock the used car market.

But the key message which should be heard loud and clear in Westminster, is that businesses must have long-term policy clarity and the ability to plan their finances if we are to accelerate ULEV adoption to this critical market at a pace that the net zero target implies.

With that policy clarity and visibility, buyers are able to make the purchase decisions that can help drive the transition on the road to zero.