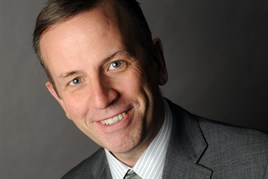 Willcox is currently managing director at Nissan Motor GB Ltd (NMGB) – Nissan’s UK national sales company based in Maple Cross. He will replace Simon Thomas, who is leaving the company after 20 years, to pursue a career outside Nissan.

Colin Dodge, EVP and chairman of Nissan’s Africa, Middle East, India and European region (AMIE) said: “Simon has held a number of key positions in Europe and North America. He has helped to significantly grow Nissan’s market share in Europe and has established strong momentum for the business. We thank Simon for his significant contribution to Nissan and wish him the best for the future.”

Paul Willcox joined Nissan in 1992 and has since held a number of senior positions within the company at both the national and regional level.

Commenting on his appointment, Colin Dodge added: “Paul’s appointment in Europe comes as we are making strong progress with our ambition to be the number one Japanese brand in the region.

“We are already there in key markets such as Russia the UK and Spain, our European market share is growing year-on-year, and in 2010 we achieved our highest ever sales total. Paul will ensure that the Europe team stays focused on aggressively pursuing further growth,”