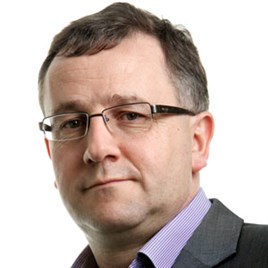 Anew funder formed by the former managing director of Alliance & Leicester Commercial Funding is looking to build its business in the heavy truck and van sector through a policy of residual value management to minimise running costs.

Willie Paterson believes control of residual values puts him in a unique position: there are few companies willing to take the residual value risk as a profit opportunity while managing the asset through multiple life plans.

“The residuals risk game is very risky if you don’t have the experience. We think there is a massive gap in the market for someone offering asset management as well as funding,” he says, adding “we will only do residuals-based lending.”

Asset Alliance relies on a strategic alliance with ATE Truck and Trailer Sales, a Wolverhampton-based business which refurbishes and sells new and used trucks, trailers and vans.

“We don’t look at deals as transactions.

"With ATE’s support we bring assets back, refurbish them and then send them out for second rents,” Paterson says.

“If we fund an asset we expect to keep running that asset for its full useful life, not dispose of it partway through.”

Truck and trailers fit the mould for second rents, but Paterson says many of the vans, which sit on three- and five-year leases, can also be refurbished for another three-to-five-year period.

His target is to refinance 85%.

The rest, plus the vans which have completed a second rent, are often sold on abroad.

He adds: “It’s all about end-of-life asset management. We want to control all aspects from purchase to disposal to eliminate the margin risk.”

Asset Alliance already manages a portfolio of 500 assets with 20 clients. Contracts have been secured with blue-chip fleets such as DHL, Next and NHS Scotland.