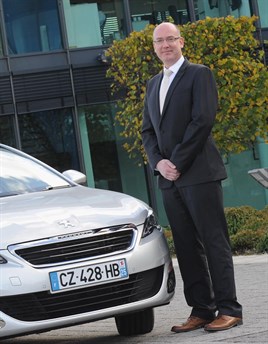 Peugeot UK has announced changes to its senior management team, as Phil Robson leaves his role as fleet director.

Robson will start an international mission with Peugeot in France from the beginning of January 2014. Martin Gurney (picured left) will move from his current role to take up the position of director, fleet and used vehicles.

In a newly created role, Nick Crossley is appointed to the position of head of business sales for Peugeot, reporting to Neil Moscrop, director, sales operations.

Crossley will be responsible for developing strategic sales channels for Peugeot with the aim of improving sales of both cars and vans to businesses via the Dealer network.  In this role Nick will have a direct responsibility for the Business Development Managers.

The handovers will take place progressively through November and December, with the new incumbents fully in place by January 1, 2014.