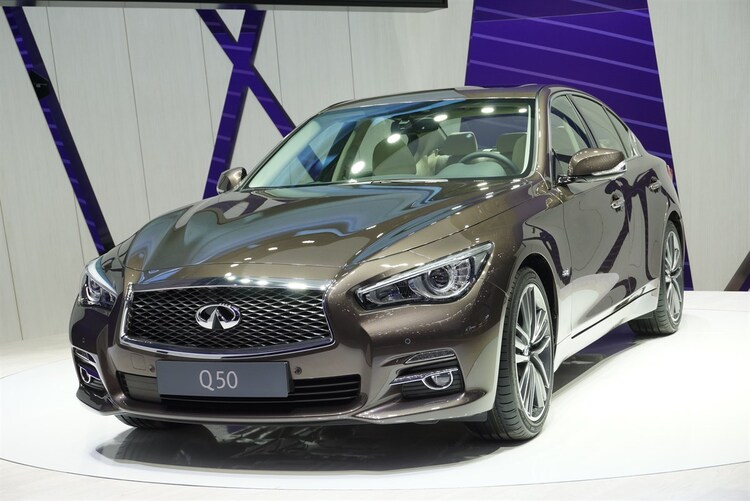 Marking the start of a new-generation of Infiniti Q models, the Q50 for Europe includes the first fruit of the co-operation agreement with alliance partner Daimler AG.

Making its first public appearance outside the USA, where it had its world debut in Detroit in January, the Infiniti Q50 heralds a new design direction for the Infiniti range.

The Infiniti Q50, an all-new saloon for the premium D segment,  powered by a new 2.2-litre diesel engine. Infiniti’s first four-cylinder diesel unit boasts 170PS and 400Nm of torque, and emissions starting from below 115g/km of CO2.

“This is our most European line-up ever which reinforces our confidence in Europe,” said Johan de Nysschen, president, Infiniti Motor Company Ltd. “We promised new models with smaller, lower CO2 engines and now we are starting to deliver them.”

Click Here to keep up to date with all the Geneva Motor Show news, video and unveilings in our dedicated section