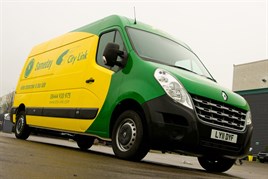 City Link has announced 2,356 job losses after an eleventh hour bid to buy the company failed.

The administrators said 371 employees will be kept on to deal with any remaining parcels, while also winding down operations.

Hopes had been raised of a rescue deal for the collapsed courier firm, but administrators Ernst and Young (EY) said in a statement that the unnamed consortium "offered no money up front and significantly undervalued the assets to be acquired".

EY put alternative terms to the consortium, which it said "would be acceptable and common in these situations.

“The consortium, despite attempts to make them reconsider, declined to amend their original offer.”

Jon Moulton, founder of Better Capital, which owned City Link, apologised for the impact on staff, but said there was no alternative but to put the business into administration.

Administrator Hunter Kelly said: "It is with regret that we have to announce substantial redundancies at City Link, which ceased accepting new parcels on 24 December 2014.

"The company endured substantial losses, which ultimately became too great for it to continue as a going concern and City Link entered administration following an unsuccessful sale process."