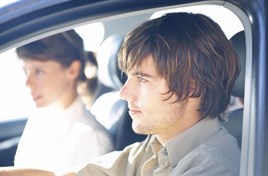 Young drivers are at a much higher risk of becoming involved in road collisions than any other age group, insurance data collected over many years has shown.

However, specifying a minimum age for drivers may bring legal complications due to discrimination legislation.

Employment advisory service ACAS said companies need to objectively justify an age restriction, using evidence to support their reasoning and whether there was an alternative or less discriminatory approach they could have taken (Fleet News, 2012).

“As a rule of thumb, it is not lawful to discriminate on the grounds of cost alone,” it said.

Instead, employers could state that a driver must have held a valid licence, or been driving, for a minimum number of years to drive company vehicles.

For example, figures obtained by the Institute of Advanced Motorists (IAM) show that male drivers aged between 20 and 30 were the most common group to be disqualified from driving in the period between July 2013 and June 2014.

The figures were supplied by the DVLA following a Freedom of Information request made by the road safety organisation (fleetnews.co.uk, August 4).

The statistics revealed the age groups most commonly carrying out a driving offence that then led to a subsequent driving ban.

Some 31,668 males – just over one-third of the total number of people disqualified from driving during this period – were between the ages of 20 and 30.

Simon Best, chief executive of the IAM, said: “These statistics strongly reflect the research we have already carried out in this area. Young males are very much the at-risk group when it comes to driving safety.”

The warning from the IAM follows another piece of research which suggested young British drivers were the most likely to take a ‘selfie’ while behind the wheel.

The Ford-sponsored survey of 7,000 smartphone users aged 18-24 from across Europe showed one in four people had used social media sites while driving and that young male drivers were the most likely to ignore the risks.

Ken Bowling (pictured), managing director of Driving Risk Management, said: “There seems to be a general assumption that young drivers fall into this category because they are inexperienced and impetuous.

“To some extent that is true, but the greatest influence is the significant change that occurs in our brains during our adolescent years.”

He said children and adolescents have less ability than adults to see things from other people’s perspectives.

“That is in the literal sense of ‘if I can see them they can see me’, which, as an adult, we know isn’t always true,” said Bowling.

“As adults we are more familiar with the rules of the road and are more easily able to anticipate other people’s actions.

“That may appear to be another way of saying adults have more experience, but the fact is the grey matter in the prefrontal cortex changes a lot in adolescents and exaggerates their lack of experience.”

The biggest change, though, is in taking risks. Adolescents are prone to taking them when they are with their friends.

Bowling said: “There are physical rewards for adolescents, in that the limbic system within the brain becomes active when risks are taken and are successful. There is literally a reward system for risks.

“So what we have in adolescents is a prefrontal cortex that is not sufficiently developed to stop us from doing things that are inappropriate, combined with a hypersensitive limbic system that rewards risk taking and an inability to see things from other people’s perspective.

“Perhaps we can now begin to understand why there are so many incidents involving young people on the roads.”

The environment helps to shape the adolescent brain, so teaching road safety in an engaging way from an early age will define drivers’ attitudes later on, said Bowling.