85% of British motorists would feel uncomfortable sharing their autonomous vehicle with others, research reveals 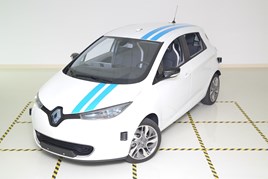 While the majority of British motorists would feel comfortable in an autonomous vehicle, 85% would not want to share with other passengers, according to research.

While more than eight out of ten survey respondents indicated a willingness to use autonomously controlled vehicles, focus group participants were more hesitant about sharing a journey in a small space with people they had never met before – 46% were comfortable with an autonomous vehicle service that involves ride-sharing.

The consortium’s authoritative report sets out a series of recommendations aimed at helping mobility service providers overcome the concerns identified by the study.

Recommendations include advice on targeting services where they’ll most likely succeed such as areas which are under served by public transport modes, ensuring a visibility by design approach to vehicle specification in order to increase perceptions of personal safety, and providing customers with instant access to an authority figure either on board the vehicle or through remote connectivity.

“It’s great that people are so comfortable with AV but clearly there are concerns about the etiquette of ride-sharing, which may be particularly acute in British culture.

"As highlighted in today’s report, this is something we’ll need to address carefully in designing future transport services."

The year-long Merge Greenwich project will produce a blueprint for the successful roll-out of a commercial autonomous ride-sharing service capable of integrating with the public transport network.

The European Commission publishes its proposal on the revision of the General Safety Regulation this May.

Autonomous ADAS systems have a long way to go

A fleet of Volkswagen, Audi and Porsche models will begin testing an autonomous parking system at Hamburg Airport.