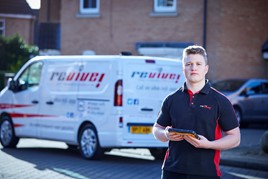 Hit and run incidents are on the rise, according to smart repair firm Revive.

More than 70% of the firm’s technicians have reported a significant rise in the number of cars they are asked to repair following damage caused by an unknown third party.

The top three locations for damage to occur are car parks, on street parking and at home, according to Revive.

“It is a sad fact that good old-fashioned manners seem to have gone out of the window when it comes to owning up to a car park or street-side  bump.

“The days when a note of apology was left on the windscreen containing contact details and name of insurer seem to be long gone. Perhaps people are afraid of the cost of repair – or losing their no claims bonus, but the reality is that to fix a small scuff or scrape costs no more than the average person’s insurance policy excess,” said Revive managing director Mark Llewellyn.

Incidents of vandalism varied across the country with 75% of technicians saying they had not noticed any increase over the past 12 months. However, a quarter of the technicians had seen a rise in vandalism related car damage, highlighting Cambridge, Basingstoke, North Yorkshire, Bristol, Bolton and Wrexham as hot spots.

When it comes to getting around to having minor damage repaired, the survey shows that on average it takes owners up to a month after the incident to book in their cars for repair.  Technicians reported that owners of lease cars left it the longest- sometimes up to two years- tending to wait until the end of the lease to repair scuffs and scuffs and scrapes ready for the vehicle’s return.