Electrified vehicles account for 21% of European car sales in August

Electric and hybrid cars continued to grow in popularity across Europe in August, representing more than one in five cars sold in the continent.

It’s a new record, according to data analysis firm Jato, and represents a growth of 121% year-on-year.

Hybrids accounted for 49% of electrified vehicle registrations in August, with their volume increasing by 86% thanks to the mild-hybrid technology available in some Ford, Suzuki and Fiat models.

Plug-in hybrid electric vehicles (PHEV) found 44,700 new customers, with registrations up by 283%. This huge increase amounted from the success of premium brands, accounting for 55% of their volume, and the new Ford Kuga.

The Coronavirus pandemic continued to rock the industry in August, however, with the overall number of new cars registered across Europe some 18% behind August 2019.

Felipe Munoz, global analyst at JATO Dynamics, said: “We continue to say that it is still too early to talk about recovery and the results last month indicate that there are still big issues that need to be addressed in the industry. Fortunately, the larger drop seen in August was mostly caused by business/fleet registrations, as private registrations only fell by 4%. This is a good indicator that the situation is not as dire as it might seem.”

SUVs accounted for 41% of all registrations in August, with the Peugeot 2008 the best-seller.

Overall, the VW Golf was the most popular car in Europe, amassing more than 22,000 registrations. The Audi A6 topped the executive car segment, while Renault’s Clio was the best-selling supermini. 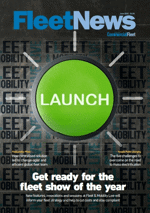 More than a third of SMEs plan to go electric, research shows

More than a third (37%) of companies with fewer than 100 employees either already operate or plan to adopt electric vehicles (EVs) within the next three years, according to Arval Mobility Observatory research.