Commissioned by Addison Lee, the report from renowned economist Dr Rebecca Driver offers the most detailed analysis to date of the costs and benefits associated with improving provision of rapid charging points.

The Provision of Rapid Charging Points in London: The case for government intervention highlights the long-term cost savings and health benefits that would be achieved through further public investment in support primarily aimed at taxis and private hire vehicles.

NHS data shows that there are 9,000 deaths per year in London, and 40,000 across the UK as a whole, related to air pollution and long-term exposure is linked to a number of serious health problems including asthma, diabetes, cardiovascular disease and cancer.

The combined economic impact of poor air quality in London alone is estimated at £3.6bn per year. The cost of providing a comprehensive rapid charging network is less than £0.5bn.

However, by the end of the year there will be just 75 rapid charge points in London, with a further 225 planned for installation by 2020.

Driver’s research found that if just 25% of the 108,700 taxis and private hire vehicles operating in London went electric, over 2,100 rapid-charge points would be needed to keep them operational.

She said: “Due to their high mileage, converting a single private hire vehicle to electric will have the same impact on vehicle miles as switching ten privately owned cars. The positive impact this would have on London’s air quality is dramatic, but a large scale rapid charging network is also a necessary pre-condition for fleet operators seeking to invest in electric vehicles.”

Andy Boland, chief executive of Addison Lee, added: “As an operator, we’re keen to adopt new technologies but in order to do so, the infrastructure needs to be in place.  We’re delighted with Dr Driver’s well researched report, which sets out a clear and persuasive case for increased government support in this area. As the report makes clear, decisive intervention is needed to tackle the ill-effects of London’s poor air quality and the damaging impact it has on the economy and Londoners’ health.” 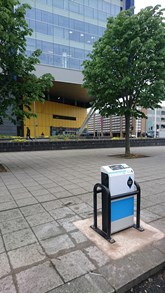 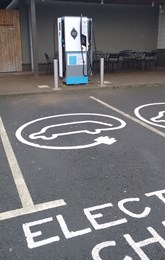 Fleet Poll
Should a ban on the sale of diesel and petrol new cars and vans be implemented at the same time?
Vote
View all
84