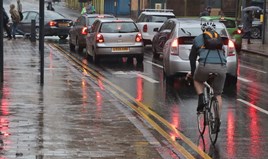 New plans for a Zero Emission Zone (ZEZ) in Oxford could see all non-zero emission vehicles banned from the city centre during certain hours from 2020.

The updated plans, from Oxford City Council and Oxfordshire County Council, are not as draconian as those first aired in 2017, where a round-the-clock city centre ban for non-plug-in cars was being considered.

The two councils said the change followed 15 months of listening to businesses, residents, transport operators and health experts in Oxfordshire.

The new proposals now under consideration set a journey to zero transport emissions in the city by 2035.

From 2020 onwards, a ZEZ could apply to some vehicles and journey types, with restrictions increased gradually to all vehicles in the following years to create a largely transport emissions-free city centre by 2035.

The aim of the ZEZ is to tackle Oxford’s toxic air pollution and protect the health of everyone who lives in, works in and visits the city.

It is also expected that the ZEZ will improve air pollution levels across Oxfordshire because the buses and taxis that serve Oxford also serve towns and villages across the county.

From 2020, under the proposals, all non-zero emission vehicles could be banned during certain hours from parking and loading on public highway in an inner zone, while in a larger zone the requirement will be Euro 6 for buses.

Citywide taxi emissions standards will apply from 2020, with increasingly improving standards to 2025.

The vision towards zero emissions sees an acceleration from 2022 to 2035, when the councils are considering further possible measures for non-zero and high emission vehicles to encourage a faster conversion towards low emission and zero emission vehicles. These ideas, like the development of the first stage of ZEZ will be thoroughly researched, tested and consulted on with businesses and residents, the councils said.

The first step on the journey to zero will be taken when city councillors decide on the Hackney carriage licensing changes this month (January 2019), which would see, as part of a phased approach, the introduction of zero-emission capable hackney carriage taxis in the city centre by 2022.

As originally proposed, the scheme will be phased. Following public engagement, the two councils are looking at ways to cover more vehicle types and over a larger area. This plan, if approved, will maximise benefits to air quality in a shorter time. 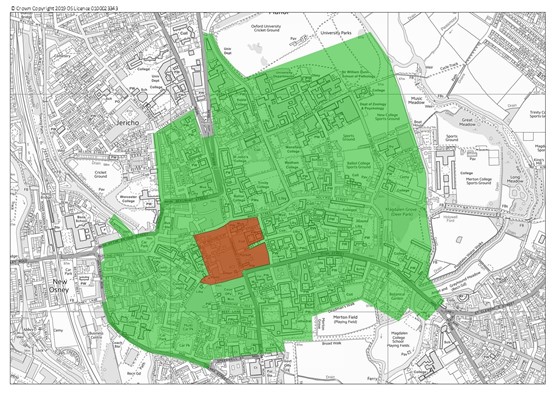 The proposed ZEZ, if approved, will cover two areas of the city centre (see above) and will see emission requirements on vehicles entering Oxford city centre with restrictions increased gradually between 2020 and 2035:

Restrictions in the Red Zone requiring vehicles to be zero-emission capable to be permitted to park or load on street at certain times .

The city centre Low Emission Zone (LEZ) will be extended, across the Green Zone, to require local buses to be Euro 6 for nitrogen dioxide. This could be enforced through bus operator licensing.

Hackney carriage taxi drivers required to have taxis of at least Euro 4 standard to renew their licence; and Euro 4, Euro 6 or zero-emission capable to receive a new licence. This will be enforced through taxi operator licensing.

The councils are considering measures for non-local buses, vans and lorries to encourage adoption of zero-emission vehicles or place restrictions on non-zero emission vehicles entering the Green Zone.

Hackney carriage taxi drivers will be required to have at least Euro 4 standard to renew their licence, and zero-emission capable vehicles to receive a new licence.

The councils are considering extending the emission-based measures within the Green Zone to include cars.

Hackney carriage taxi drivers will be required to have zero-emission capable vehicles to renew their licence or receive a new licence.

The councils are considering restricting all non-zero emission capable vehicles – including all buses, vans, lorries and cars – from entering the Green Zone.

The purpose of setting an end goal in 2035 is to provide residents and businesses in Oxford with certainty about the future direction of travel on the city’s journey to zero, enabling them to make decisions about their vehicle purchases now.

The ZEZ restrictions will not apply to emergency vehicles and exemptions are expected to be approved for Blue Badge Holders.

Councillor Tom Hayes, Oxford City Council executive board member for a safer and greener environment, said: “Our councils are united in the common cause of driving down toxic and harmful emissions because we care about the health of Oxfordshire and we’re listening to the staggering response to our joint public consultation.

“Our Hackney taxi fleet will be transformed from being 0% zero-emissions capable to 100% over the next five years.

“From next year, under the proposals, only zero-emission vehicles will be able enter the city centre to park and load when our streets will be at their busiest. And we’re considering strengthening our original plans by banning heavy goods vehicles when footfall in the city centre will be highest because they contribute nearly a fifth of harmful emissions.”

More than 750 residents and businesses took part in a six-week public consultation on the proposals in late 2017, with about 70% of respondents backing a phased approach to the ZEZ.

The two councils have also been talking to other local authorities who are considering or implementing clean air zones to learn from their experiences.

Over the coming months, Oxford City Council and Oxfordshire County Council will continue to consult on, and carry out further studies to develop the plans, to produce a fully-costed, effective and deliverable during 2019.

Residents and businesses will then be formally consulted on the new proposals once they have been finalised.

A final decision on the introduction of the ZEZ is subject to approval by councillors at both city and county councils.

Councillor Yvonne Constance, Oxfordshire County Council cabinet member for environment, added: “We will be looking at ways to expand the Zero Emission Zone in Oxford while improving access to where people need to go and making their journeys easier.

“We recognise the benefits that the scheme delivers for the whole of Oxfordshire. If we can reduce emissions from vehicles in the city they go out to market towns and villages and take the benefits of lower air pollution and improvement in public health to the whole county.”

The ban would be introduced in phases, starting with some vehicle types and a small number of streets in 2020, moving to all vehicle types across the whole city centre in 2035.

The Mayor of Greater Manchester, Andy Burnham, has confirmed that Manchester’s clean air zone will not target cars.