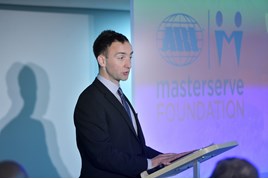 The foundation will raise funds for charities nominated by members of the Masterserve network and approved by a committee of several independent garage owners from within Masterserve.

Funds will be raised from garages within the network donating an agreed percentage from every job carried out to the foundation.

Masterserve believes it is the first initiative of its kind to be created by a garage network in the UK.

ARI will provide the foundation with administrative and financial support and will also match donations up to an agreed amount, which could see the Foundation raise up to £120,000 for charitable causes in its first year based on current figures.

Tim Guidotti, director of Ferdotti Motor Services and founder member of the Masterserve Foundation, said: “We’re proud to announce the launch of the Foundation and are committed to raising as much money as possible for causes close to the hearts of Masterserve members.

“We’re also hugely grateful to ARI for its continued support.

“Together we can make a tremendous difference.”

Sharon Avery, vendor relations manager at ARI, said: “We look forward to supporting the Foundation through what promises to be a very successful first year and beyond, and are proud to support our Masterserve members with such a worthwhile cause.”