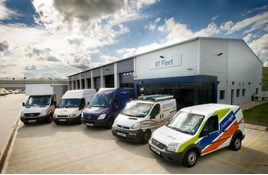 BT Fleet will help fleets crunch data gathered by its new telematics offering as part of a new service that will help it differentiate itself from competitors in a crowded market.

Telematics was the next logical step to provide a full suite of products, it said.

Phil Jones, BT Fleet product manager, told Fleet News that introducing a product now has given its team time to see how the market has evolved.

He said: “The market is mature enough now that we can see what we need to do to make our system compelling and fill the gaps we think are there.”

The company uses a white label telematics system from an undisclosed partner.

However, rather than just being an ‘off-the-shelf’ option, Jones believes its system is distinct from its competitors, because it is fully incorporated into BT Fleet’s fleet, accident and servicing systems.

“A lot of telematics systems can offer data, but a lot of the feedback we were getting was that customers felt like they were being sold their own data back to them,” said Jones.

“What we want to do is use this telematics system to inform cost savings across all areas of the fleet and, rather than the fleet having to work that out, we’ll do that for them.”

BT Fleet’s telematics will record real-time accident information to capture third party details in order to reduce claims by up to 66%.

It will also be able to perform ‘over-the-air’ diagnostics to pre-empt breakdowns and understand underlying vehicle issues to reduce vehicle downtime by up to 12%.

BT Fleet researched the market over a 12-month period and ran a six-month trial across a fleet of 700 pool cars.

Fleets can choose which elements they want to incorporate from a menu that includes a hardwired or plug-and-play option, dash cameras and real-time driver feedback.

Jones wouldn’t reveal exact pricing details, but said it would be “market leading”. He said: “We have used BT’s considerable buying power to get the best commercial deal we could, so it is a very competitive offer.

“We know there are elements some fleets might not want or use, so that was a key bit of feedback from research that customers want to pick and choose what they need.”

BT Fleet believes around half of its customer base (outside its parent company’s own fleet of vehicles) do not have a telematics system installed on their fleet. This will be the first route to market to build market share.

While BT’s own fleet of 33,500 vehicles may seem the logical place to build up adoption of BT Fleet’s telematics system, that will not be the case from launch.

Jones explained: “The situation with BT’s own fleet is tricky due to the contracts that are already in place. BT has trialled our telematics system.

“It is the aim that our system will eventually be used across BT’s fleet and we are working towards that, but it’s not the starting point.

“The market outside of BT’s own fleet is still huge and we think the potential value is around £100 million for fleets with at least 200 vehicles.”

Jones wasn’t ready to disclose what deals were already in place or what the level of penetration within BT Fleet’s own customer base was for the new telematics package.

He said: “The last six weeks have seen us having in-depth conversations with customers about what we can offer.

“Having a telematics offering is absolutely going to help  us secure new contracts – ones we may have missed out on in the past.”