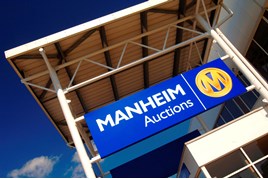 Manheim saw the average selling price for cars sold in its auctions rise by 9.4% in June to £5,918.

Wholesale prices for ex-fleet cars grew by 14.1% which saw prices average £10,580. The ex-fleet cars sold by Manheim in June had the lowest average mileage the company has recorded in its auctions, with an average odometer reading of just 39,544.

Motors.co.uk, also a Cox Automotive brand, saw the average retail selling price fall slightly by 1.7% in June, following the strong growth seen in the previous month. The average price of a car sold on Motors.co.uk was £12,465, with lower month-on-month prices recorded for luxury (down 0.6%), prestige (down 7.8%) and volume brands (down 4.8%).

The softening of the retail market in June may well have been attributable to the EU referendum and the uncertainty that it created in the market, both in the run-up to the vote and immediately after the result was announced.

Demand in Manheim’s auctions remained strong for both diesel and petrol cars, with the average selling price for diesels up 10.9% compared to May and the same figure for petrol cars rising by 4.0%. In the retail market, data from Motors.co.uk showed a slight softening for all fuel types, including hybrid and electric cars, which perhaps reflected contracting consumer confidence in the run up to the EU referendum.

While consumer demand for open-top cars did not appear to increase in June, dealers buying from Manheim seem to have had a sunnier disposition, with average selling prices for cabriolets, convertibles and roadsters all showing double digit growth compared to May.