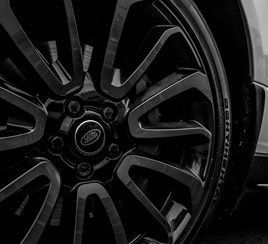 Damage to wheels and stone chips account for more charges on end-of-lease vehicles than any other repairs, according to Fleetsauce.

Scuffed and corroded wheels are the most common items to be noted on a used car appraisal, also worn and damaged tyres can incur a charge and in cases where the car is collected by a driver, they may refuse to drive the vehicle off site if the tyres are not roadworthy, this can result in a further charge for an aborted collection.

Most cases of stone chips will fall under the fair wear and tear policy, however if the car has heavy chipping or chips that have not been attended to and have started to rust, they will be noted on an appraisal and can result in a charge.

If the car has sustained any major scuffs, scrapes or dents throughout use, such as scraped mirrors and car park dings, this will affect the value of the vehicle and result in a charge.

Dents that are under 10mm in diameter and are not on ‘body lines’ will often be overlooked but any places where the paint has been removed from the body will need to be refinished.

If the car does sustain damage for any reason, it is always best to have this repaired at a reputable body shop and should never be carried out on a driveway at home.

To most people the repair will be adequate but to a vehicle inspector, things such as textured paint, runs or orange peel will be clearly visible.

It is crucial to ensure the car receives its service on time and has them either at a main dealer or an approved garage.

Cars which may not cover many miles can still go over the service interval on time alone.

Missed, late or incorrectly recorded services can result in the vehicle having an invalidated warranty and as such will reduce its value drastically.

Adamson said: “The National Association of Motor Actions (NAMA), grading system ranges from one to five and can even assign a grade ‘U’ to vehicles which are past the point of economical repair.

“According to NAMA a car may need wheel refurbs on all wheels, a paint correction, Smart repair/paint-less dent repair and a small number of stone chips and still be classed as a grade one vehicle at auction.

“This falls in line with what dealers call ‘soft prep’ which is a figure of between £150-£200 that they are prepared to spend to prep a grade one car for sale.

“Cars which when appraised fall below a grade one will in most cases also have more damages than what is allowed by a fair wear and tear policy.”

TOM Vehicle Rental is among one of 40 organisations to be awarded a Princess Royal Training Award.

TOM Vehicle Rental is among the 40 organisations to be awarded a Princess Royal Training Award, the City & Guilds Group has announced.